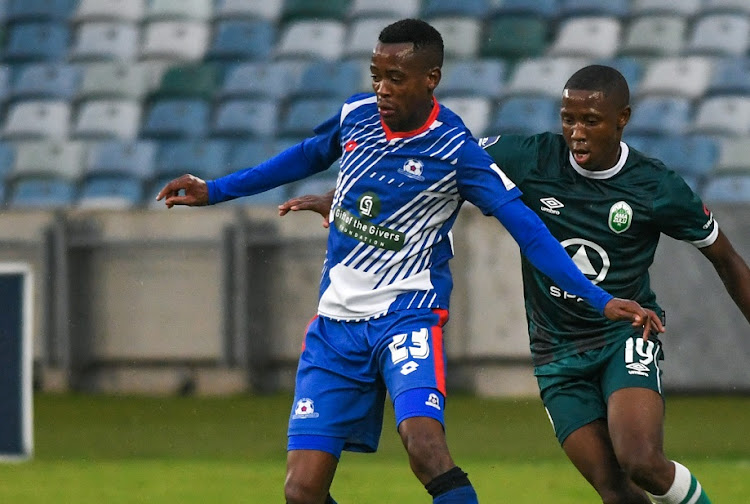 This was confirmed by the player’s agent Thato Matuka, who will finalise things with the Pietermaritzburg-based club.

In a string of loans, Lukhubeni, who is still contracted to the Brazilians, started the 2021-2022 season at Sekhukhune United where he saw little game time. He played only one league match for Babina Noko against Royal AM before he moved to Maritzburg.

Under Ernst Middendorp, the 26-year-old grafter featured 13 times at the Team of Choice in the second half of the 2021-2022 campaign — 12 in the DStv Premiership and once in the Nedbank Cup.

He is supposed to rejoin his Sundowns teammates for the off-season preparations, but is keen to remain in KwaZulu-Natal where he was getting a lot of game time last season.

At Sundowns he is under no illusion about the enormity of the task of winning a starting jersey. He will find a galaxy of stars fighting for positions and he may find himself warming the bench again.

“I have spoken to Sundowns bosses and they say the sporting director [Flemming Berg] is only coming back on Friday, but I can go ahead and engage Maritzburg regarding Lukhubeni,” Matuka said.

“The player wants to stay at Maritzburg where he is guaranteed game time, so I have started engagements with the club and the player.”

Lukhubeni made his breakthrough at Sundowns during Pitso Mosimane’s tenure in the 2019-2020 season. He played five league matches and three Nedbank Cup fixtures. He scored some vital goals and received praise from Mosimane.

The next season he was loaned to Tshakhuma Tsha Madzivhandila, which became  Marumo Gallants.