Magesi last played in first division in the 2016/17 season 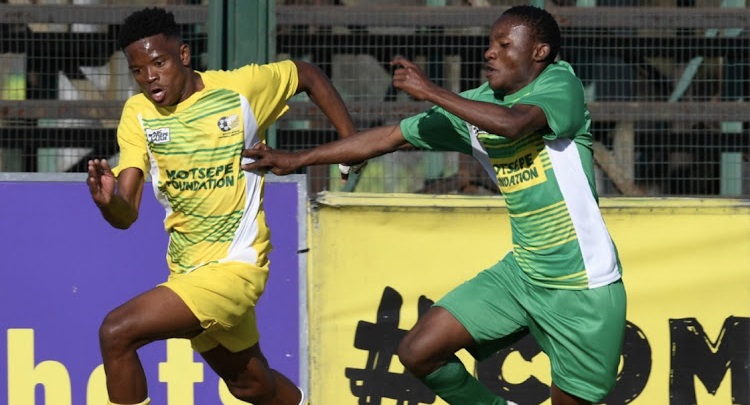 Magesi head coach Jackie Ledwaba says the newly promoted club is delighted to be back in the national first division (NFD) after a four-year hiatus from the professional ranks.

The Limpopo outfit made their return to the PSL after finishing in the top two in the ABC Motsepe League national playoffs. They will now compete in the GladAfrica Championship and will be the sixth club from Limpopo playing in the second tier.

Magesi last played in the NFD in the 2016/17 season. They got relegated after they finished 15th-place with 32 points to go back to the ABC Motsepe League.

“We are happy to be back in the GladAfrica Championship, it has been long since we got relegated,” said Ledwaba.

“We have been working hard to get the team back. It happened this season, it was all down to hard work and patience. We assembled a very good team, young and energetic, they listen and are talented.

“They work hard and are grounded and now they have realised their dream. The way they were running on the playoffs you could see they wanted it more than the other teams,” he said.

Next for Ledwaba and his charges is the task of settling in the NFD, and striving to compete so they can secure their status. It won’t be easy though, as it is a tough league to get by. Magesi will fall back on the experience they had in their maiden campaign.

From their relegated season, the club has learnt lessons, and one of them is that complacency does not reward and they have promised to work hard and make key acquisitions in the coming season.

“We’ll have to add because we have a very small squad. We won’t disrupt the team, we’ll just beef up because we are going to the next level,” Ledwaba said.

“We know once you go up, you must work hard. It was a lesson getting relegated, so we won’t make the same mistake again,” he concluded.

Orlando Pirates and Thabang Monare representative Mirko Agnelli remained mum following the surprise decision for the midfielder to part ways with the ...
Sport
1 week ago

The SA Football Association has dangled a mouthwatering R10m carrot for Banyana Banyana to win the 2022 Africa Women Cup of Nations hosted by Morocco ...
Sport
1 week ago
Next Article