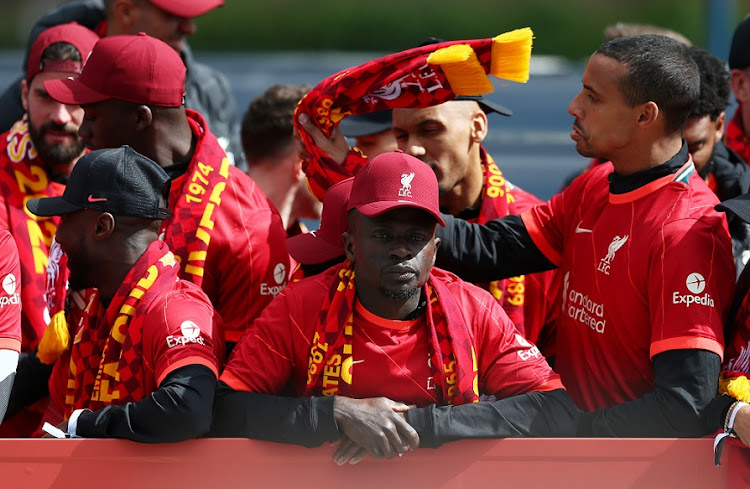 Sadio Mane on the Liverpool Trophy Parade on May 29 2022.
Image: Jan Kruger/Getty Images

Sadio Mane's imminent move to Bayern Munich from Liverpool is the right decision at the right time because the German champions have the best plan for him, the Senegal forward said on Wednesday.

Bayern, who won a record-extending 10th straight league title last season, have reportedly agreed on a transfer worth about €40m (R670m), including add-ons, for the 30-year-old, who had a year left on his Liverpool contract.

Mane landed in Munich on Tuesday for a medical check-up and was seen sporting a Bayern shirt as he left the clinic. The club is expected to officially announce the deal later on Wednesday.

“My life has always been a challenge. When my adviser informed me of Bayern's interest for the first time I was all flame and fire,” he told Bild newspaper.

“I could instantly see me there. For me it was the right club at the right time. It is one of the world's biggest clubs who always battle for all titles.

“For me the feeling was right when Bayern presented their plan. I saw myself in Bayern's plan more than in any other.”

Mane leaves Anfield after 269 appearances, having scored 120 goals in all competitions, a stellar return that helped the club to the Champions League title in 2018-19 and the Premier League crown a season later. The forward is set to become Bayern's third signing of the close season, after the arrivals of Ajax Amsterdam duo Ryan Gravenberch and Noussair Mazrouai.

Bayern are desperate for his versatile attacking spark, with wingers Serge Gnabry and Leroy Sane having lacked consistency in the past season. The Bavarians still won the German league for a 10th straight time but failed to get past the quarterfinal stage in the Champions League.

Mane was among Liverpool's standout performers last season, netting 23 times as Juergen Klopp's side secured the domestic cup double and narrowly missed out on the league title to Manchester City.