Zwane a wise choice by Chiefs but rocky road lies ahead

Head coach will need to navigate pitfalls that sunk predecessors 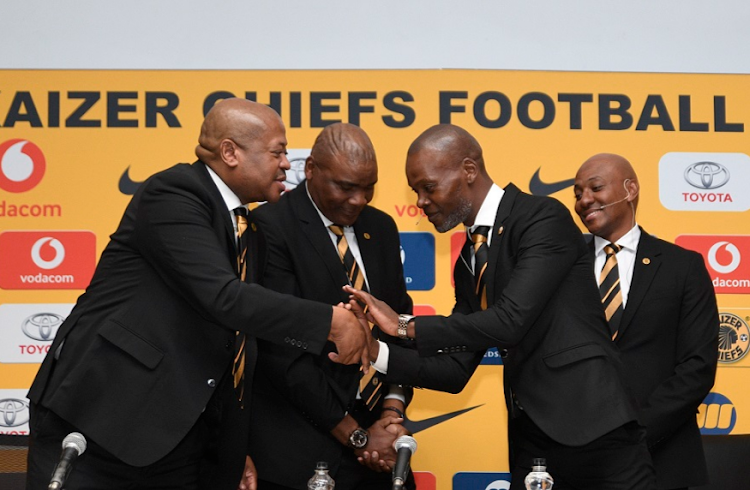 Arthur Zwane’s elevation to the Kaizer Chiefs head coaching job should be seen as positive progress by the club after years of shoddy appointments that have not helped Amakhosi arrest a decline dating back seven seasons.

That it was made yesterday, days after the league season concluded, is a departure from the haphazard manner in which Chiefs made some of the appointments, most notably that of Giovanni Solinas a week before the start of the 2018/19 season.

Zwane now has some time to have a say in who stays, who leaves and who comes in, as the off-season sets in and he officially starts his three-year contract.

But the road ahead will be rocky, as the former Chiefs midfielder will have experienced when he took temporary charge after the sacking of Gavin Hunt last year and, more recently, when he ascended to the throne after the departure of Stuart Baxter a few weeks ago.

Some will say Zwane’s appointment came about a year too late, because recalling Baxter after Hunt was jettisoned last year backfired badly. But better late than never.

Zwane has become Chiefs’ sixth coach in six years and, should he confound sceptics and rekindle the club’s fortunes, he surely would be feted as a hero. Imagine if he were to hit the ground running and guide Amakhosi to MTN8 glory in the new season, handing them their first trophy since 2015?

Arthur Zwane had always known it was written in the stars that he would coach Kaizer Chiefs one day.
Sport
2 months ago

That would be an ideal start to his managerial career, which was honed mainly in the junior ranks and as second in command at Naturena. But Zwane doesn’t need an ideal start. He needs one steeped in reality.

That reality is Chiefs’ decline has been years in the making and the upward trend will not be realised immediately. It would be unfair to expect Zwane, who has taken over his first head coaching role, to perform miracles where his more experienced predecessors failed dismally.

As someone who’s played for the club and is familiar with the talent pool in its ranks, he’ll be expected to know better than other coaches who arrived to upset the applecart, with little clue how to get the club back to its glory days.

Hiring the clueless Solinas was a mistake of momentous proportions, hence he lasted no more than four months.

Ernst Middendorp almost fluked a trophy and a league title, but forever honest, football later exposed his shortcomings. Hunt didn’t have the latitude of signing his own players due to a transfer ban, but the enormity of the Chiefs job caught up with his limitations as a small-club coach.

Baxter returned last year beaming with arrogance, and that didn’t help his cause. Zwane will have been aware of all the pitfalls that sunk his predecessors, and should seek to navigate them more wisely.

First of all, he must watch what he feeds the public. Last week he was too candid about some players not meeting the standards of the club, but with time he will learn that some things are better said indoors rather than in a press conference.

A squad overhaul should be top of his priority list, especially as some contracts conclude in a month. But more than anything Zwane requires the full backing of the club hierarchy, something that will be needed to ignore the predictable noise that follows one bad result.

Entrusting former players with the task of rebuilding fallen giants seems to be a worldwide trend, with Xavi at Barcelona, Mikel Arteta at Arsenal and Frank Lampard at Everton prime examples. After years of fumbling and poor judgment, Chiefs have finally chosen the correct path and it’s now up to Zwane to sink or swim.

Arthur Zwane has promised not to be a “Hitler” as Kaizer Chiefs new full-time coach while he spearheads the mission to bring back happy days to ...
Sport
2 months ago

The skirmishes that have been a feature of the upcoming SA Football Association (Safa) presidential elections have even spilt over to the SA football ...
Sport
2 months ago
Next Article