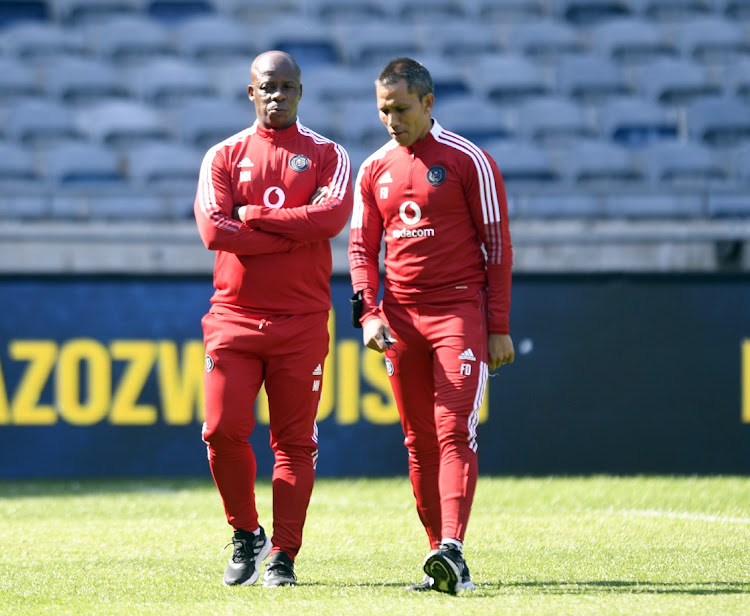 Orlando Pirates co-coach Mandla Ncikazi says should the club fail to make a swift return to the Caf club competitions, it will mean they have failed to meet all their mandates as coaches.

Pirates have had a dismal season with no silverware to show, though they came home with a silver medal from the Caf Confederation Cup.

The Buccaneers have a chance to finish second in the DStv Premiership and qualify for the Champions League.

Apart from salvaging what has been a below par season according to their standards, Ncikazi, who leads Pirates together with Fadlu Davids, believes it would be important for them to strike while the iron is hot when it comes to Caf tournaments.

“It’s important for Pirates because Pirates belong there (in Caf tournaments). Anything less than that you have failed in one of the objectives given,” Ncikazi said.

“One of those mandates is Pirates returning to the Caf Champions League.

“Until you meet that, you have not met the objective the club requires from you. That's all we are going to try to do. If we can’t get it then we have failed in one of the objectives required in this season.”

To book their spot in the next season’s Champions League, Pirates will need to win both remaining games against Royal AM in Durban on Friday (7.30pm) and SuperSport United in Atteridgeville on Monday.

It’s certainly not going to be easy for Pirates as both Royal and SuperSport have a lot to play for.

Durban-based Royal are also eyeing to qualify for the Champions League spot, and a victory against the Sea Robbers on Friday will give them that.

On the other hand, SuperSport are aiming for a top eight finish as they are ninth on the log table with 37 points and three points behind Golden Arrows.

SuperSport, who have never finished outside the top eight in the Premier Soccer League, have a superior goal difference compared to Abafana Bes’thende.