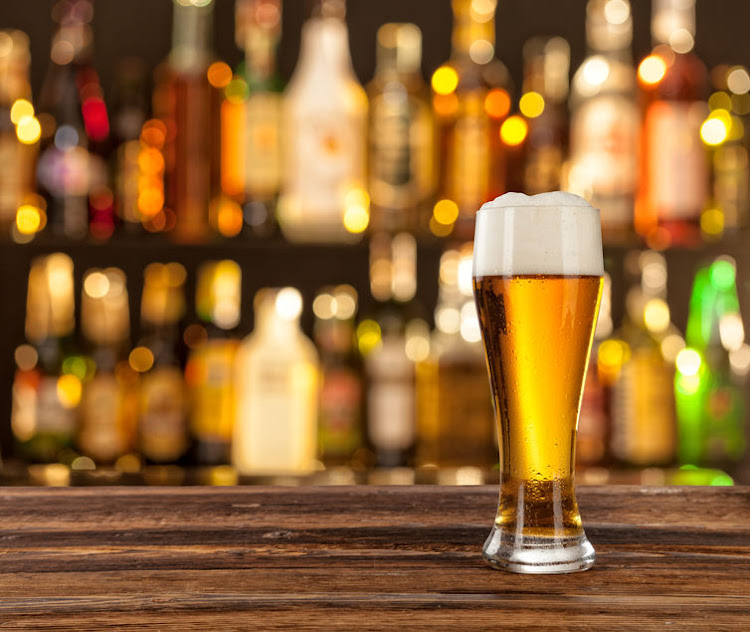 The Western Cape High Court has dismissed a challenge against regulations promulgated on December 29 2020 which prohibited the sale, distribution and dispensing of alcohol.
Image: 123rf/Jakub Godja

The regulations which prohibited the sale, dispensing and distribution of liquor during 2020 were necessary for assisting and protecting the public and addressing other destructive effects of the Covid-19 pandemic, notably the collapse of the health system.

The Western Cape High Court also found that minister of co-operative governance and traditional affairs Dr Nkosazana Dlamini-Zuma had proven that the regulations  represented the least restrictive means of achieving the purpose of immediately freeing up hospital facilities and services to people infected with Covid-19.

The court, in a two-to-one decision, on Friday dismissed an application by South African Breweries (SAB) against the regulations.

SAB had sought an order declaring that regulations 44 and 86 promulgated by the minister on December 29 2020 were unlawful and had no force and effect.

One of the grounds advanced by SAB was that the outright liquor ban — while leaving consumption unscathed — was unconstitutional because it denied the fundamental constitutional rights to trade freely and human dignity.

According to the SAB, the consequence of this erosion was the destruction of livelihoods.

SAB also argued the executive’s use of its powers under the Disaster Management Act (DMA) to declare a total ban on alcohol — the only product banned in SA — infringed on the rights of tavern owners, shopkeepers, brewers and all those along the value chain in so disproportionate a manner as to be unconstitutional.

The application was launched on January 6 2021 and persisted with even after the alcohol ban was repealed in early February 2021.

SAB said the issues in dispute were not moot and the court ought to consider them because it concerned the infringement of constitutional rights.

In the majority judgment penned by judge Rosheni Allie, in which judge Judith Cloete concurred, the court said the minister had shown these regulations had a direct effect on the relationship that existed between alcohol consumption and trauma cases that presented at hospitals.

SAB's attempts to have the government's alcohol sales ban overturned was dismissed by the Western Cape high court on Thursday.
News
1 year ago

“In the light of the fatal consequences attached to Covid-19 infections, saving of hospital beds and access to medical treatment was justified as contemplated under the DMA and the constitution,” Allie said.

Allie said the minister had proven that the making of these regulations was rationally connected to the DMA’s statutorily mandated purpose of saving lives and livelihoods and to the constitutional mandate of upholding the right to life and the right to adequate health care.

However, in  a dissenting judgment, Judge Tandazwa Ndita disagreed, and said she would have found that the regulations were unlawful and have no force and effect.

Ndita said the minister did not prove that the wholesale bans of alcohol on its own had the effect of reducing the demands on hospitals, trauma and emergency units as there were other restrictive measures implemented.

“Put in another way, when the impugned provisions were invoked during December 2020, there was only correlation and no clear causal connection between the imposition and any reduction in trauma cases because of other restrictions which also had the same effect.”