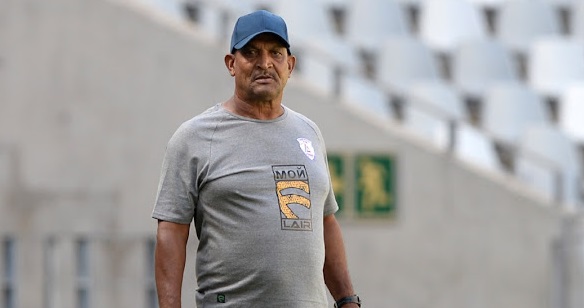 Cape Town All Stars and the University of Pretoria will kick off the PSL playoffs on Sunday at the Athlone Stadium (3pm), and both understand the importance of starting on the right foot.

All Stars were the first to confirm their participation in the playoffs after they could only finish third in the GladAfrica Championship. On the last day of the season AmaTuks also booked their place in the playoffs. They are joined by Swallows who finished 15th in the DStv Premiership.

The Western Cape side will be feeling confident ahead of their meeting with the Pretoria visitors. All Stars picked up four points from AmaTuks in the regular season. They won their away tie 3-2 in the first round of the season and then in the second half of the campaign drew the home match 1-1.

Looking forward to Sunday's match, All Stars head coach Allan Freese says they have been preparing for this game since the last match because of its importance.

“After we finished playing, we had to stay behind. We have been preparing for this game, which is very important because we are playing at home,” said  Freese.

“We all understand it's important for us to do well if we want to go to the PSL, so we have been motivating the guys, saying it'll be great if we all play in the PSL,” he said.

AmaTuks captain John Tshabalala, the experienced midfielder, is of the view that if they start on a good note, it will set the tone for the rest of the playoff mini-league.

“Every opening game is important, whether it's a league or a tournament. This one is special because it can change a lot of things,” said Tshabalala.

“If we win the first game of the playoff it's going to be easy to approach the next game; we are looking forward to it."

The skirmishes that have been a feature of the upcoming SA Football Association (Safa) presidential elections have even spilt over to the SA football ...
Sport
2 months ago