Midfielder feels Gallants can beat Downs if they play their game 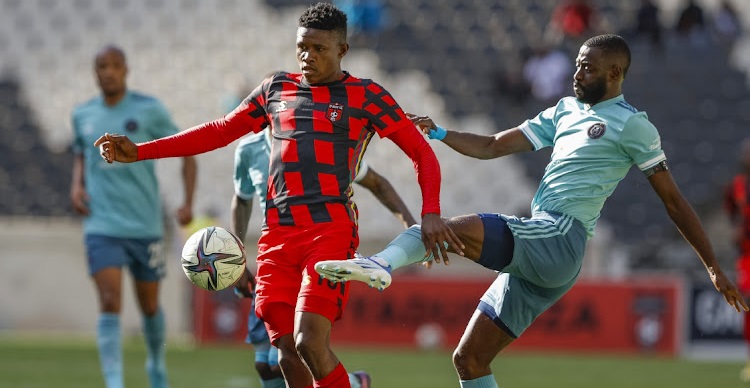 TS Galaxy midfielder Aubaas Bathusi has opened up about how coach Dan Malesela masterminded their famous victory in the Nedbank Cup final against Kaizer Chiefs in 2019.

Galaxy, who were campaigning in the GladAfrica Championship at the time, stunned Chiefs 1-0 to clinch the title.

As Malesela prepares to guide Marumo Gallants to glory when they face Mamelodi Sundowns in the final at Royal Bafokeng Sports Palace on Saturday at 6pm, the 27-year-old recalled what Malesela told them in that final, which proved to be the difference.

“Coach Dan used to tell us not to be scared of playing as we were underdogs and not many people knew us back then as we were playing in the GladAfrica Championship,” Bathusi told Sowetan on Thursday.

“He told us that we had to believe in ourselves and apply whatever we have been doing at training and not to be nervous; the biggest weapon that will help us in our career, it’s here. And then we were up for it.”

The midfielder believes that the strategy can work for Gallants against the Brazilians who are chasing a trophy treble.

“The only thing that helped us was we played our game and our style of play and we didn’t give them [Chiefs] that respect,” he said.

“And the fact that we were together and fighting for one another and believing in ourselves also helped the team win the Nedbank.

“I think if they can play their game on the day and not worry about Sundowns, I think they can have a chance. Coach Dan has different players from what we had then but the style of play is not that different.

“But Sundowns are a very tricky team compared to Chiefs. They are very organised and they can play football. Gallants will need to be at their best against them in this final.”

Pirates go for broke in push for Champions League qualification

Orlando Pirates will have to achieve something they failed to do in league matches in the entire season by winning three successive games to finish ...
Sport
2 months ago

Cape Town All Stars and the University of Pretoria will kick off the PSL playoffs on Sunday at the Athlone Stadium (3pm), and both understand the ...
Sport
2 months ago

Mamelodi Sundowns coach Manqoba Mngqithi has opened up about the difficulty of making players understand being the favourites counts for nothing.
Sport
2 months ago
Next Article