Tuks vow to stick to same script as playoffs start 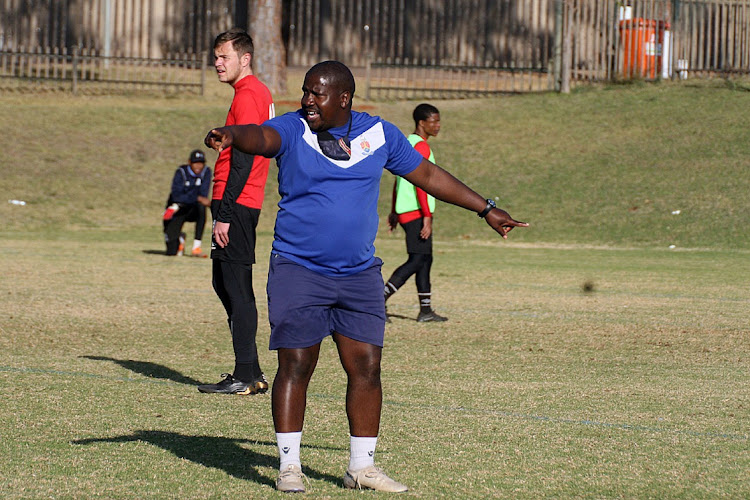 The University of Pretoria will begin their PSL playoffs journey this Sunday when they take on Cape Town All-Stars at the Athlone Stadium (3pm). Their head coach Tlisane Motaung is confident his players are not demoralised as they approach the playoffs.

Having given their all in the regular season, the Pretoria side will have to find another gear to see them through the crucial four games in the exhausting playoffs after failing to topple Richards Bay in the race for automatic promotion. Motaung is confident his players are over the heart-crushing disappointment of missing out on the title and are focused on the task at hand.

"I'm proud of these boys. We need to focus on the next match. We are not demoralised," said Motaung.

"Since the team got relegated [in the 2015/16 season] it's the first time we have finished in the top five; I don't want to talk about the playoffs. They have done a fantastic job... Our next assignment is the playoffs.

"We need to plan and see how best we can qualify for the DStv Premiership because that's where we want to be," he said.

AmaTuks will play four games in three weeks, two games at home and two away against Swallows and Cape Town All Stars. Looking ahead to their trip to Cape Town, Motaung said he won't change the team's tactical identity for the mini-league campaign.

"We're not going to change anything. Throughout the season this has been working for us. There's no need to change all of a sudden for four games," Motaung said.

"We just need to sharpen up certain things we did not sharpen in the season. Taking our chances, that's something we need to sharpen up. We have been scoring goals in almost every match we have played this season.

"We have to pay attention to our finishing. That's a critical part when you go to the playoffs. Shut the doors at the back, score goals and manage the game," he said.

Mamelodi Sundowns co-coach Manqoba Mngqithi expects his players to fully recover in time ahead of their Nedbank Cup final against Marumo Gallants at ...
Sport
2 months ago

Golden Arrows will have to wait for the SuperSport United v Orlando Pirates game on May 30 to see if they will finish in the top eight.
Sport
2 months ago

Former Orlando Pirates captain Lucky Lekgwathi is disappointed the current skipper Happy Jele failed to pick up the phone and seek some counsel on ...
Sport
2 months ago
Next Article