‘There have been talks’ — Ronwen Williams says he might leave SuperSport 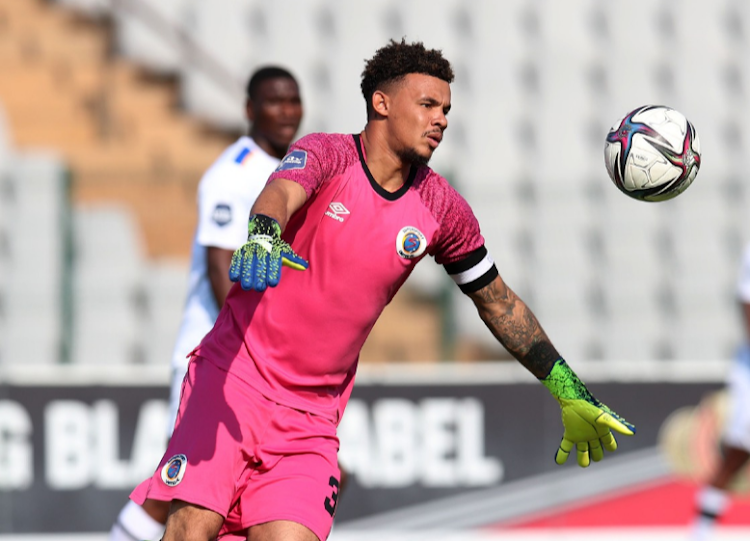 SuperSport United captain Ronwen Williams has hinted he might leave the Pretoria-based club in the coming transfer window to pursue his ambition of winning the league.

The Bafana Bafana skipper has been linked with a move away from SuperSport over the past few window periods. Orlando Pirates are one of the clubs that was reported to be interested in the shot-stopper.

Speaking at a Castle Lager ‘It’s Within’ event aimed at empowering township business that was held at Imbizo Shisanyama in Mall of Thembisa on Wednesday, Williams confirmed talks among himself, possible suitors and the club about his future.

“There have been talks and we will see what is going to happen, but there has been some interest and now it will depend on if the club is willing to let me go,” Williams said. “But I’ve told SuperSport what my ambitions are and it’s for them to decide if they want me to stay. If they want me to stay I will gladly do so, but if they decided to let me go maybe it’s the time now.

“But, like I said, I’m happy at SuperSport. We will see in the next few weeks what’s going to happen.”

The honest Williams said his ambition is to win the DStv Premiership title and he doesn’t believe SuperSport, who are made up of a bunch of talented youngsters, can help him achieve that goal.

“My ambitions are to win the league,” Williams said. “I told them I haven’t won the league and obviously the direction the club is going in now we should be realistic, we’ve got a lot of youngsters, there’s no chance that we can challenge the bigger boys.

“I can’t see us winning the league title. Yes, we will challenge for the cups here and there, but I’ve got bigger ambitions than that. We will see what happens, but if I stay, I will give my all like I always do.”

Amid budget cuts SuperSport are increasingly running on a business model of developing youngsters and selling them to big clubs in the top tier.