‘Football can kill you’: Baroka to part ways with coaches Thobejane, Thoka 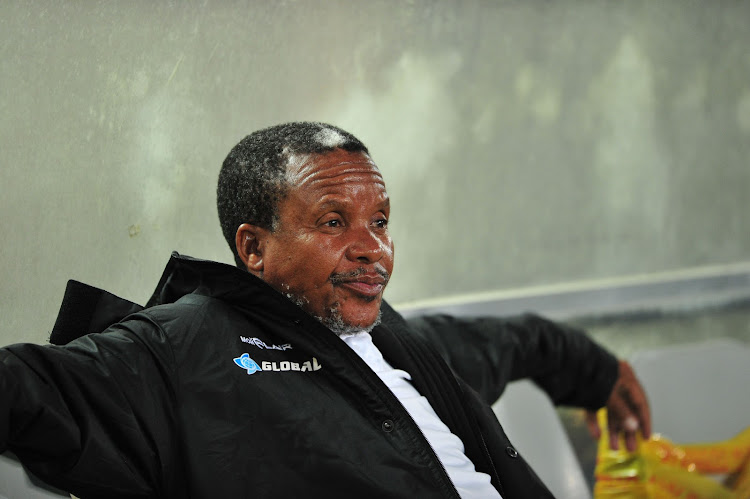 The contract of Baroka coach Kgoloko Thobejane will not be renewed after the club's relegation to the NFD.
Image: Kabelo Leputu/BackpagePix

Baroka chairman Khurišhi Mphahlele has confirmed the contracts of coaches Kgoloko Thobejane and Matsimela Thoka will not be renewed.

Baroka were relegated from the DStv Premiership to the GladAfrica Championship, also known as the National First Division (NFD), last weekend after they lost 1-0 to Maritzburg United.

The defeat at Harry Gwala Stadium left Baroka at the bottom of the log standings while Swallows FC were dragged into the promotion play-offs in second-last position.

Mphahlele said head coach Vincent Kobola had shown interest to go down to the GladAfrica with the club, but there would be no roles for Thobejane and Thoka, who ended the season coaching Baroka's reserve team.

Kobola replaced Thobejane in a desperate position with four games to go in the 2021-2022 Premiership. Baroka rallied to two wins and a draw under Kobola, but the loss against United condemned the Limpopo team to the drop.

Baroka’s relegation from the DStv Premiership is going to hit them hard in their pocket. Bakgaga were relegated to the GladAfrica Championship on ...
Sport
2 months ago

“Luckily Kobola is willing to stay with us and this is a huge plus for us,” Mphahlele said.

“With regards to Kgoloko and Matsimela, there is no longer going to be MDC [the reserve league] in the NFD and they were working there when this season ended. When their contracts come to an end they will make plans and seek greener pastures elsewhere. We can’t keep people here for not doing anything.”

Thoka had been replaced as head coach by Thobejane in November. Both were kept within Baroka's coaching structures.

Thobejane's colourful post-match press conferences in his three stints as Baroka head coach often had the country in stitches.

His immortal comment that “football can kill you a real death” after a 1-1 draw against Orlando Pirates in 2017 has become a catchphrase in SA football.

‘You are playing for your children’s school fees,’ Baroka coach tells players

Baroka stand-in coach Vincent Kobola has reminded his players that they are 'playing for their children’s school fees' as they approach the decisive ...
Sport
2 months ago

After enjoying a perfect start with a victory over Golden Arrows at Peter Mokaba Stadium on Wednesday, Baroka interim coach Vincent Kobola is ...
Sport
3 months ago

Baroka's handling of player contacts will also need a careful balancing act. Mphahlele admitted there would have to be departures and promotions of a few players from the reserve team.

“Some of the players are still contracted to us and there are others whose contracts are coming to an end. But you know the budget of GladAfrica Championship is too small, so we will be sorting those things out.

“We are not expecting our sponsor to keep on sponsoring us when we signed a PSL contract with them and we are playing in the GladAfrica Championship. We need to do a serious restructuring so we can be able to fulfil our mandate of playing.

“Whoever has an offer somewhere we will listen and let them go, because we can’t keep players here who are not happy. We are also going to select the bulk of the players from our MDC team.”