Gundogan comes off the bench to send crown to Manchester 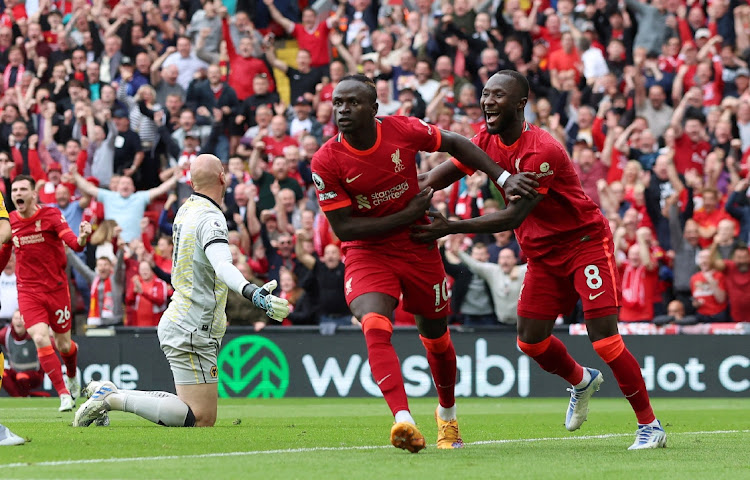 Liverpool - Liverpool came from a goal down to beat Wolverhampton Wanderers 3-1 yesterday, but it was not enough to earn them their second Premier League title, as they finished second, one point behind champions Manchester City who beat Aston Villa 3-2.

Wolves took a shock lead three minutes in, when defender Ibrahima Konate misjudged a bouncing ball from a goal kick allowing Raul Jimenez to run in behind on the right and pick out Pedro Neto to side-foot in his first goal of the season.

However, Liverpool equalised in the 24th minute when a cute Thiago Alcantara backheel set Sadio Mane free to charge at goal and strike an effort that was so fierce, goalkeeper Jose Sa could only get a hand to it before it went in.

Livepool found the breakthrough seven minutes from fulltime when Mo Salah squeezed in a loose ball in the box. Full back Andy Robertson then put the gloss on the scoreline late on by sliding in Roberto Firmino's cutback.

However, City's own comeback 3-2 win over Villa meant they retained the title and Liverpool finished the season as runners-up on 92 points.

Pep Guardiola's side clinched the title to win their ninth major trophy since the Spaniard took over at the club in 2016.

Matty Cash stunned the Etihad Stadium, putting Villa in front in the 37th minute with a fine header from a Lucas Digne cross.

The edgy mood among the home fans turned to desperation after Philippe Coutinho doubled the lead for Villa. Ollie Watkins headed on from an Olsen goal kick, and the former Liverpool midfielder produced a brilliant first touch and finish.

But then came the City comeback blitz, which sealed them the title. Substitute Ilkay Gundogan headed in a Raheem Sterling cross at the back post in the 76th minute and then Rodri delivered a pinpoint finish after being set up by Oleksandr Zinchenko.

The title-winning goal came in the 81st minute when De Bruyne whipped in a low cross to Gundogan, who tapped in from close range.

After the US Soccer Federation announced it will have equal pay for its men's and women's national teams, Safa vice-president Ria Ledwaba believes SA ...
Sport
1 month ago

Former Banyana Banyana captain Portia Modise says former coach Vera Pauw deserves to be credited for the progress women’s football has made in the ...
Sport
1 month ago

Baroka’s relegation from the DStv Premiership is going to hit them hard in their pocket. Bakgaga were relegated to the GladAfrica Championship on ...
Sport
1 month ago

TS Galaxy coach Sead Ramovic has described saving the club’s DStv Premiership status as a beautiful thing after their last-minute 1-0 win over Chippa ...
Sport
1 month ago
Next Article