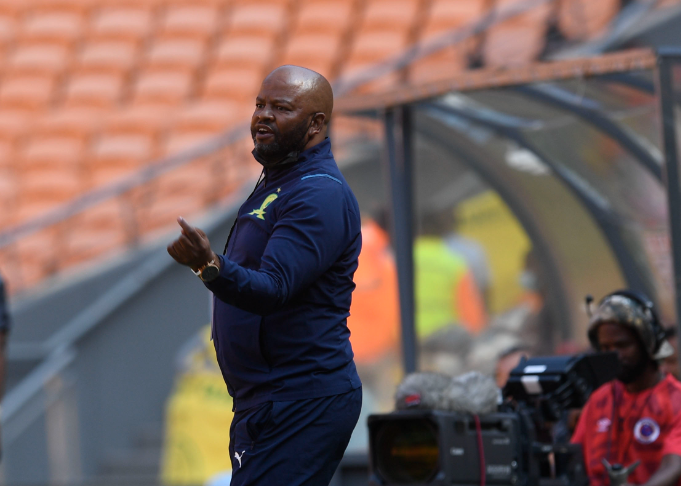 Manqoba Mngqithi has welcomed the promotion of Richards Bay to the PSL.
Image: Sydney Mahlangu/BackpagePix

Mamelodi Sundowns co-coach Manqoba Mngqithi believes KwaZulu-Natal will benefit from the province having five teams in the Premier Soccer League (PSL) next season.

Richards Bay’s automatic promotion to the PSL means they join AmaZulu, Golden Arrows, Royal AM and Maritzburg United next season in the top table of SA football.

“Maybe it is something we need to look very closely now with Richards Bay having come in.

“It means that in KZN you are now having five teams and I have always thought that once KZN has five teams that’s when they will stand a chance to really challenging and competing for the championship.”

Mamelodi Sundowns coach Manqoba Mngqithi on the significance of KZN having 5⃣ teams in the PSL. pic.twitter.com/O71MiaNopu

Having Richards Bay in the PSL will ease the amount of travelling away from the province for the KwaZulu-Natal teams.

“Most of the time Gauteng teams have benefited because there is less travelling, there are too many matches that are played in and around Gauteng and coastal teams have always suffered a lot due to travelling.

“Almost every second week they know they are out of the province, but with Maritzburg, AmaZulu, Arrows, Richards Bay and Royal AM there are 10 matches to be played.

“Each team has got a chance to play 10 in and around the province and for me that is really going to help in seeing how far KZN football will go.”

Mngqithi also praised the efforts of Royal AM who have surpassed expectations this season as they are still in contention to finish second and qualify for the Champions League.

“I must say that Royal AM have done tremendously well, no-one would have predicted that by now they would be where they are on the log. In fact, people will not even give them a chance of being in the top eight, considering the turmoil and everything that happened at the beginning of the season.

“To be where they are at the moment, I think we should give them credit because they have done really well and they have raised the flag of KZN. To have a team from KZN again in the top two or top three on the log is very big for the province.

“For them to have a team within [the] top two and top three for two consecutive seasons is already maybe raising eyebrows to say this is the direction that KZN teams are taking.

“We are very happy to be in that space and as a coach of Sundowns, I think it is good to see the competition.”