Manqoba expects Sundowns to win all as they dominate PSL awards 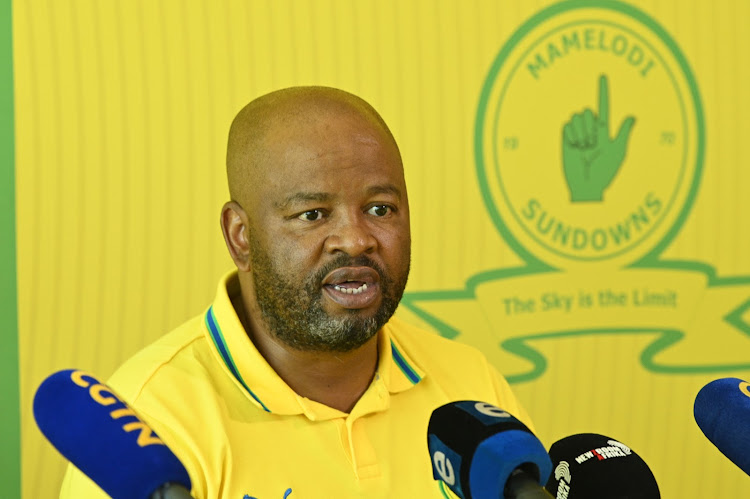 Jali was nominated for the PSL Footballer of the Season gong alongside teammate Shalulile and Royal AM striker Victor Letsoalo.

The two Sundowns players were also nominated in the MTN8 Last Man Standing and the Premiership Players’ Player of the Season categories with teammate Themba Zwane.

Jali, who has been overlooked by Bafana Bafana coach Hugo Broos despite having an excellent season, was also nominated for the Nedbank Cup player of the tournament alongside teammate Aubrey Modiba and Marumo Gallants goalkeeper King Ndlovu.

Shalulile is expected to walk away with the top goalscorer award as he is leading with 22 goals. Mngqithi said they are encouraged by the fact Sundowns received 14 nominations and he believes that his players stand a good chance of a clean sweep.

“It is always encouraging when the players get selected for these awards because it always shows that they really helped the team in one way or another in these competitions,” Mngqithi explained to the media yesterday.

“So to see AJ in that space is very good. He has had a very good season for us and he has fought very hard. He has played probably more than 90% of the matches that we have played.

“He has done extremely well. I believe he deserves to be nominated. As for Peter, I think everybody knows he has been our stalwart in our team and he has given his life and everything to the team.

“No wonder he gets nominated and if you look at Aubrey, in the Nedbank Cup matches he has done very well and he is selected and the fact that he is coming from the Ke Yona team maybe it also makes him an interesting nominee within the group because he has come a long way with Nedbank.

“We are very encouraged and happy that our boys are in that space and also confident they got what it takes to win.”

PSL Footballer of the Season:

DStv Premiership Coach of the Season:

Nedbank Cup Most Promising Player of the Tournament:

Nedbank Cup Player of the Tournament:

DStv Premiership Goalkeeper of the Season:

DStv Premiership Defender of the Season:

DStv Premiership Midfielder of the Season:

DStv Challenge Player of the Season:

Galaxy know fate is in their hands

TS Galaxy are fully aware that their fate is in their own hands and that victory over Chippa United at the Nelson Mandela Bay Stadium tomorrow will ...
Sport
2 months ago

Stellenbosch won their first DStv Diski Challenge title last week, and for the club it was a full circle moment.
Sport
2 months ago

Should Golden Arrows win their last match against AmaZulu at Moses Mabhida Stadium tomorrow, they will have to wait for the result between SuperSport ...
Sport
2 months ago
Next Article