Galaxy know fate is in their hands 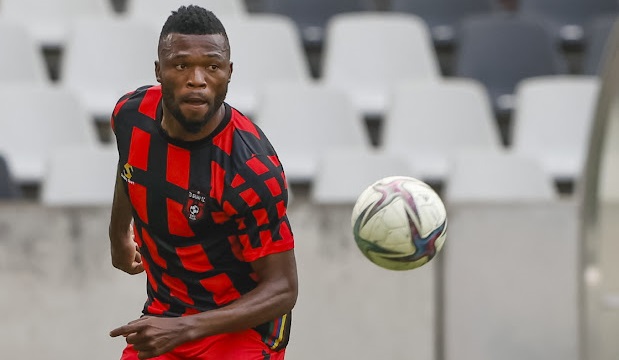 TS Galaxy are fully aware that their fate is in their own hands and that victory over Chippa United at the Nelson Mandela Bay Stadium tomorrow will ensure they are playing Premiership football again next season.

The Rockets are third from bottom, two points ahead of Swallows and Baroka who are tied on 25 points in the relegation zone, with one match remaining.

They head to Chippa knowing that only a victory will be acceptable and striker Augustine Kwem said they would give their all to make sure they win the match.

“We have to win against Chippa, get our season done with and start preparing for the next campaign,” Kwem told the club's media department.

“It’s a must that we win the last game to be safe. It's in our hands. We don’t want to look at other results anywhere. We just have to do our job, then there won’t be any need to look at the table and check what others played.”

With Chippa already safe from relegation after their goalless draw with Swallows last weekend and with the pressure off, Kwem still expects a tough match, especially since it will be the last time coach Kurt Lentjies takes the field.

Lentjies will play for 27 minutes before returning to the bench to continue coaching.

“Lentjies is a very good friend of mine and we used to be roommates throughout my stay at Chippa. I just found out that they are going to honour him in the game, but it will be great to be on the field with him again and I’m also going to give my shirt and we are also going to exchange jerseys,” he said.

“He is the one who encouraged me during my time at Chippa to be patient. He was more than a teammate and a friend and he is also like a big brother to me.”

Saturday's fixtures (all at 3pm)

Stellenbosch won their first DStv Diski Challenge title last week, and for the club it was a full circle moment.
Sport
2 months ago

Should Golden Arrows win their last match against AmaZulu at Moses Mabhida Stadium tomorrow, they will have to wait for the result between SuperSport ...
Sport
2 months ago

Kaizer Chiefs goalkeeper Bruce Bvuma is convinced that even if coach Stuart Baxter had never left, he would still have still reclaimed the No 1 ...
Sport
2 months ago
Next Article