Defender's ex-club Swallows must win or be relegated on Saturday 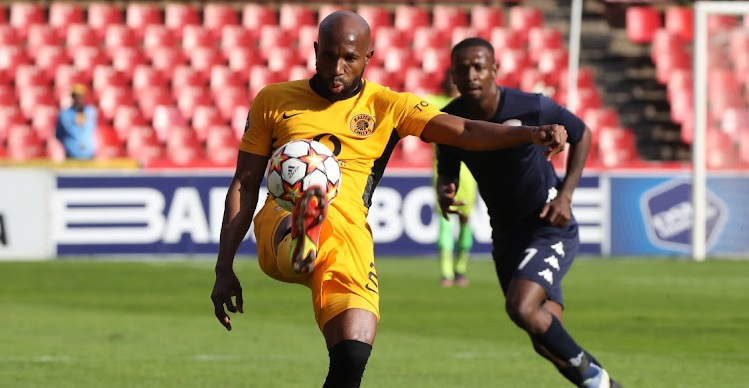 As emotional as he expects it will be to face his struggling former side Swallows at FNB Stadium, Kaizer Chiefs defender Ramahlwe Mphahlele has promised no favours.

Swallows, a team where Mphahlele cut his professional teeth as a 17-year-old sharp-witted centre-back in 2007, will suffer automatic relegation should they fail to beat Chiefs and Baroka beat Maritzburg United in a synchronised 3pm fixture on Saturday, the final day of the DStv Premiership campaign.

Mphahlele has braced himself to play a role in the Birds' potential demotion, insisting it's the nature of football to always be competitive even when there are sentimental elements involved.

“We know it's sad but this is football, so we approach the Swallows game like any other,” Mphahlele said.

“Swallows have a special place in my heart because that's where I started my career. Sometimes those things (cherishing memories of previous teams) are important. I am here because they gave me a chance to play but on Saturday I will put that aside and play football and may the best team win. They have to come at us and work for the points.''

Mphahlele suspects off-field drama played a role in Swallows' downfall this season. It's well-documented that the Birds have been struggling to pay salaries to their staff, including the players, in recent months. The veteran Amakhosi defender also spoke glowingly of Birds' trainer Dylan Kerr and his philosophy.

“I have read here and there that they have a few problems and maybe that's what affected them. Footballers are not robots, if there are problems they'll be affected,” said the 32-year-old from GaMphahlele in Limpopo.

“Swallows are a decent team... a hard-running team. They've got a very good coach in Dylan Kerr. He likes playing football. He's one guy who never comes and says 'I am parking the bus'... he comes and plays.”

Pirates to bank on opponents' wretched away record

That Orlando Pirates are playing the CAF Confederation Cup final in a neutral venue in Nigeria augurs well for them as their opponents RS Berkane are ...
Sport
2 months ago

Mamelodi Sundowns co-coach Rulani Mokwena has asked players to finish their league championship winning campaign with a flourish when they take on ...
Sport
2 months ago

Al Ahly coach Pitso Mosimane will launch a schools soccer programme this year as part of his plan to give back to the sport in SA, his management ...
Sport
2 months ago
Next Article