Christensen asks to be excluded from game 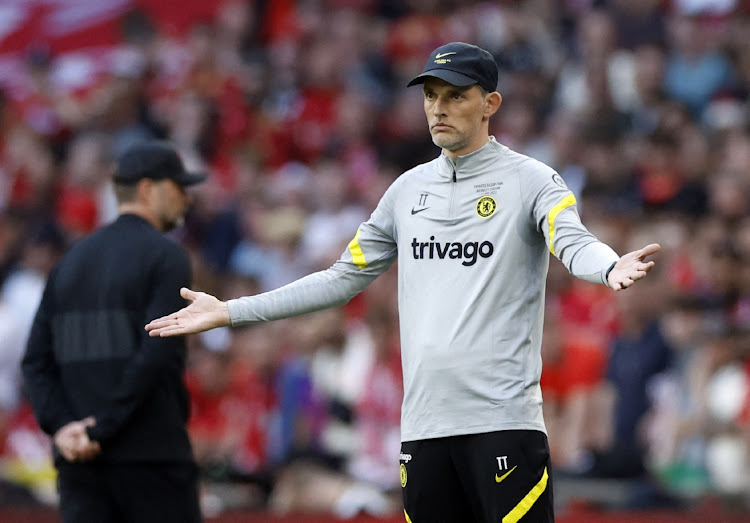 London - Chelsea are aware of Leicester City's recent rich vein of form in front of goal and will not let their guard down when the teams meet in the Premier League tonight, manager Thomas Tuchel said.

"(Leicester) have found their form and scored a lot lately. They've had an up and down season but at their top level, they can hurt everybody," Tuchel told reporters.

Chelsea are third in the league standings on 70 points.

Tuchel called on his Chelsea side to give it their all despite having already secured a top-four finish.

"We still have our demands and what we demand of ourselves," he said. "We are happy we secured a top-four place, this is the first target when we start the season. But still it's two home game and we will do everything to win them."

Chelsea were beaten 6-5 on penalties by Liverpool in the FA Cup final on Saturday.

Andreas Christensen, who is expected to leave the club at the end of this season, did not play in the final, with Tuchel saying the Danish defender asked not to be included in the squad on the day of the match.

"He had his reasons, they stay private and confidential, but it was not the first time," Tuchel said.

"It was on very short notice before the cup final and other matches in the weeks before.

"I believe Andreas wanted to play these matches and could in terms of potential and what he gave to the team, but he struggled over the last weeks when he wasn't in the squad or not playing."

Liverpool manager Juergen Klopp said it was “not likely but possible” that his team could pip Manchester City to the Premier League title in Sunday's ...
Sport
3 months ago

Arsenal falter in Champions League race with defeat by Newcastle

Newcastle United dealt a huge blow to Arsenal's chances of qualifying for the Champions League by beating them 2-0 in the Premier League on Monday.
Sport
3 months ago

Man City ready to ‘give our lives’ to retain title — Guardiola

Manchester City manager Pep Guardiola said they are ready to “give their lives” in the final match of the season to retain the Premier League title ...
Sport
3 months ago

Liverpool won an absorbing English FA Cup final on Saturday as they prevailed 6-5 in a penalty shoot-out after the Wembley showpiece somehow ended ...
Sport
3 months ago
Next Article