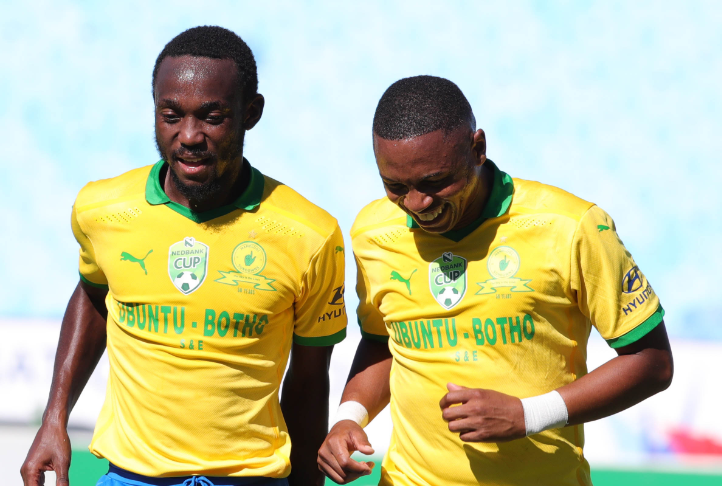 The PSL announced the nominees where Jali, who has been out-of-favour for national coach Hugo Broos' Bafana Bafana squads, received a whopping five nominations.

The awards will be held in a virtual ceremony on Sunday May 29 at 7pm and will be broadcast live on the SuperSport PSL channel (202) and SABC.

Jali has been nominated for PSL footballer of the season alongside teammate Peter Shalulile and Royal AM striker Victor Letsoalo.

Jali has had a stellar season with Masandawana, who are on the verge of completing a clean sweep of domestic trophies. Shalulile has been key with his 22 goals, three shy of ex-Kaizer Chiefs striker Collins Mbesuma's record of 25 with one games left for Downs to play.

Letsoalo has been at the forefront of Royal’s surprising run in the DStv Premiership this season and tried to give Shalulile a run for the Golden Boot Award. In most other seasons Letsoalo's 14 goals might have seen him end as top scorer.

Jali and Shalulile have also been nominated in the MTN8 last man standing and Premiership players’ player of the season categories.

The players' player award is being contested by three Sundowns players as Themba Zwane is the third nominee.

Jali will also vie for the Premiership midfielder of the season and Nedbank Cup player of the tournament awards.

Sundowns received a total of 14 nominations and are followed by Cape Town City who have had a decent season, including being runners up in the MTN8.

City coach Eric Tinkler and John Maduka of Royal have been pitted against Downs co-coaches Manqoba Mngqithi and Rulani Mokwena in the Premiership coach of the season category, which was won by former AmaZulu FC coach Benni McCarthy last year.

PSL Footballer of the Season:

DStv Premiership Coach of the Season:

Nedbank Cup Most Promising Player of the Tournament:

Nedbank Cup Player of the Tournament:

DStv Premiership Goalkeeper of the Season:

DStv Premiership Defender of the Season:

DStv Premiership Midfielder of the Season:

DStv Challenge Player of the Season: