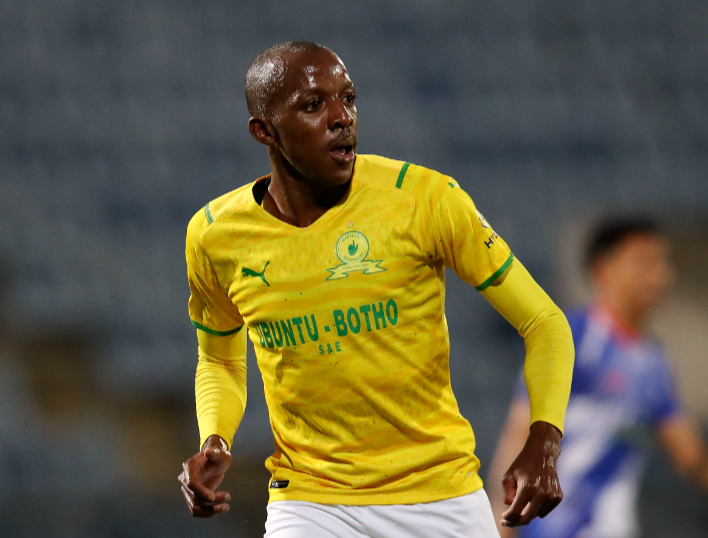 Mamelodi Sundowns co-coach Rulani Mokwena says it’s none of their business what other clubs are doing to catch up with them.

Mokwena was deliberating on how some of the best leagues are unpredictable and exciting, which is contrary to what is happening in the PSL where they have ruled the roost over the past five seasons.

The Brazilians have won the last five league championships without much resistance and competition from the other 15 teams in the league.

“For us as Sundowns to look back, whereas we should be focusing on the way ahead and focusing on targets and our growth, will be very difficult because we do not spend a lot of time worrying about what everybody else is doing,” said Mokwena.

“Out of respect also, and to be honest, it is none of our business (what other people are doing). So, at the end of the day I am glad personally that I do not have that responsibility because it is a mammoth task to catch up with Sundowns.

“And whether or not all 16 clubs share the ambition of winning the league title, it’s very difficult for me to speak about that. In other leagues, for example Bundesliga, it becomes Borussia Dortmund’s responsibility not to sell their best players to Bayern Munich and when they try to make that decision, even though from an economic standpoint, their business model is about developing players to sell them.

“An example is Erling Haaland. Three seasons ago, Manchester United wanted the same player but United were not comfortable in entering a lease clause of €85m but Dortmund were comfortable because they had bought him for far less.

“But Dortmund have had to adjust their business model slightly by putting preconditions and not allowing their best players to strengthen their rivals (Bayern).

“They were very aggressive in the market to make sure their team is still strong enough to be able to compete with Bayern. You can say the same with PSG in France.

“The Serie A in Italy was monopolised by Juventus who bought the best players — it was not Juventus' responsibility to slow down so that everybody else can catch up.

“Look what Inter Milan and AC Milan did, they made big investments into their clubs in trying to compete toe to toe in the Serie A,” Mokwena added.

“What gives us the coaches the biggest joy is how some of these boys are performing. The improvement and growth of our players. Seeing Khuliso Mudau from Black Leopards do well, Lyle Lakay, Reyaad Pieterse, Neo Maema and Brian Onyano has been wonderful.

“People said what are they doing signing Onyango, he is finished. The quality of Surprise Ralani’s performances — nine out of ten performances and people have stopped talking.

“The evolution of some of our players, those are the things that make us happy and it has been through the contribution of the collective from all the coaches,” Mokwena added.