How Kabelo Mahlasela got his groove back at Royal AM 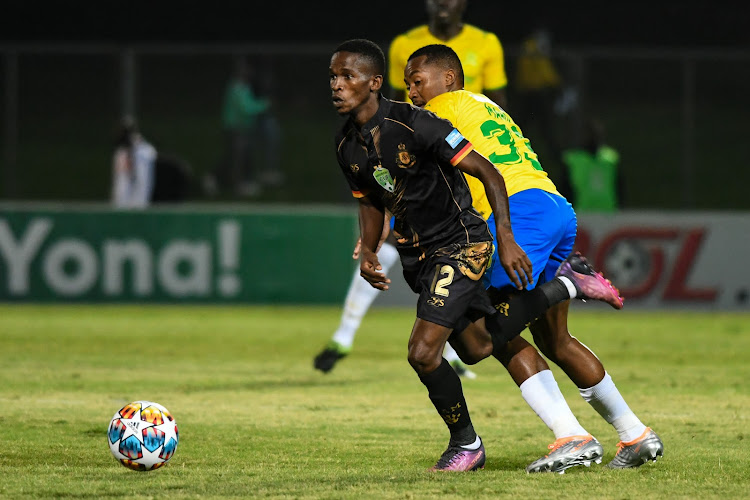 Royal AM coach John Maduka has revealed how he managed to revive the career of former Kaizer Chiefs player Kabelo Mahlasela who has found a new lease on life in KwaZulu-Natal.

Mahlasela, who has featured in 27 league games for Royal AM and also contributed one goal, has been one of the key players for the ambitious team that is chasing qualification for the Caf Champions League next season.

Maduka’s Royal have been surprise packages in this DStv Premiership campaign as the club that purchased Bloemfontein Celtic top-tier status is pushing for the runners-up spot in the league.

A lot was expected from Mahlasela, 31, after his move from Celtic to Chiefs in 2018 while Orlando Pirates were rumoured to have also been interested at the time.

But he didn’t offer much to Chiefs largely due to injuries and he was sent out on loan to Polokwane City to revive his career only for Amakhosi to opt against renewing his contract.

But under Maduka at Royal, the player is enjoying himself on the pitch back in the big time as he has featured in all their league matches so far.

“As a coach you need to first check the strength of the player and also check what are his weaknesses. And whatever you do next, you must make sure that you don’t change him completely,” Maduka said.

“We’ve got very good players in SA and what they need most of the time is guidance because they have to play within the system of that particular team.”

The coach believes the freedom he has given to Mahlasela on the field of play is the reason behind a good display from the player who spent time in the second tier after Chiefs’ snub.

“Of course, they have to be disciplined, but most importantly allow them to express themselves and they must be within your plans as a coach. Don’t restrict them too much because immediately you do that you must know that you are taking something away from that particular player,” Maduka said.

“What we have done with Kabelo is to try and make sure that we play him according to his strength and so far, he is a very professional player. He understands the importance of him being on the field of play.”

Royal need to win to keep their hopes of playing in the Caf Champions League or Confederation Cup next season.