WATCH: Benni McCarthy on aspirations to coach Chiefs or Pirates 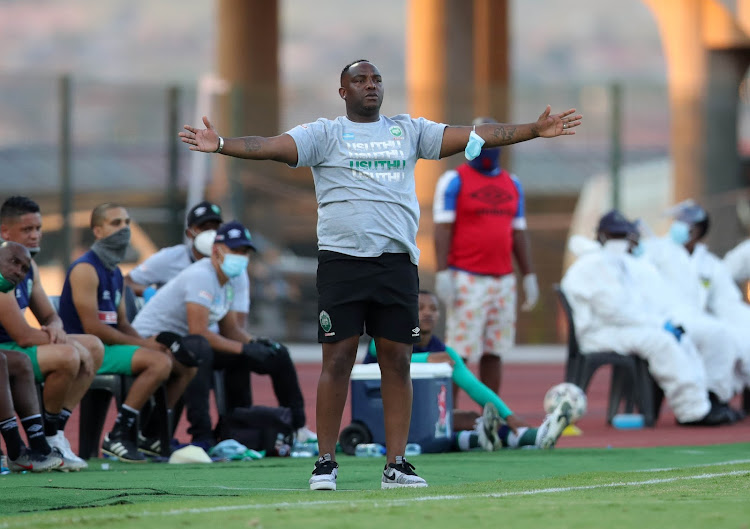 Former AmaZulu coach Benny McCarthy has the appetite to take on the coaching job at one of the Soweto giants, should the opportunity arise. File image.
Image: Samuel Shivambu/BackpagePix

Former Cape Town City and AmaZulu coach Benni McCarthy has indicated that he will be interested in coaching Soweto giants Kaizer Chiefs and Orlando Pirates if the opportunity presents itself.

McCarthy has been available since he parted ways with AmaZulu in March after inconsistent results, to be replaced by Brandon Truter.

Amakhosi, who are struggling to qualify for the Champions League next season, now have Arthur Zwane and Dillon Sheppard as stand-in coaches after the departure of Stuart Baxter.

The Buccaneers, who have also flattered to deceive on the domestic front but are in the semifinal of the Caf Confederation Cup, have Mandla Ncikazi and Fadlu Davids as co-coaches.

Speaking at the launch of the Heineken All Invitational press conference on Friday, McCarthy said he has ambitions to coach both teams but has not been contacted.

“We will see about that. I played for one team and I supported the other as a kid,” he said.

“I think for majority of coaches anywhere in the world, when you get the opportunity to coach either Chiefs or Pirates you go for it. I am not different, I have aspirations and when you get such an opportunity, or if it knocks on your door, then you open and let them in. Except for the likes of Pep Guardiola, Carlo Ancelotti or José Mourinho,” he said.

Since he left AmaZulu, McCarthy has been linked with the coaching jobs at Chiefs or Pirates but confirmed that there has not been any contact with him.

“It is just a rumour, just some articles spreading in the news and people making noise. I can understand the frustrations of the fans because Chiefs is a massive club and they should be in a better position to compete with Sundowns and most clubs in the league.

“The same is for Pirates and they have both not done that, but I am sure the clubs are working on rectifying things so they can come back next season and compete and push Sundowns by getting the right people in.

“For me, I have not been in contact with either of them, so for me it is just a rumour.”