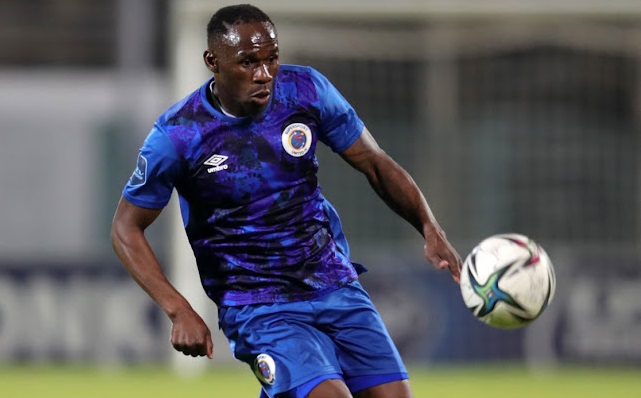 While Mamelodi Sundowns have already clinched the league title, the teams who will participate in the MTN8 competition next season are not yet all confirmed.

SuperSport United and Golden Arrows are the two teams who can take the eighth place as the DStv Premiership reaches its business end.

With two games to go, SuperSport find themselves eighth on the log with 37 points, one ahead of ninth-placed Arrows.

Both teams have tricky fixtures with Matsatsantsa a Pitori travelling to Polokwane to face bottom side Baroka who are desperate to move away from the danger zone.

It will be a difficult match as a defeat could see Bakgaga relegated to the GladAfrica Championship if Swallows win their match against Chippa United.

Arrows are desperate to earn a spot in the top eight and will face KwaZulu-Natal rivals Royal AM at Sugar Ray Xulu Stadium on Saturday at 3pm. Royal are also looking to finish second in the table to qualify for the CAF Champions League and both teams will have all to play for on Saturday.

A victory for SuperSport will see them consolidate their place in the top eight and join Orlando Pirates on 40 points.

The Buccaneers are not in league action this weekend as they will be in Confederation Cup action where they will meet Al Ahli Tripoli in the semifinal second leg. They will have two games in hand.

If Arrows win against Royal and SuperSport fail to beat Baroka, Abafana Bes’thende will move into the top eight with a match to go.

SuperSport defender Onismor Bhasera said they will give their all to make sure they win the match and consolidate their place in the top eight.

“We are disappointed because we should have collected three points against the Swallows, but we have moved on. We have two tough games remaining for the season and we have to finish on high,” Bhasera told the club's media department.

“The guys have worked very hard and they are ready to go and get all three points on Saturday.

“Very tough match against Baroka. They are fighting for their lives and we are fighting to finish in the top eight.

“It is going to be a battle but we will fight. The guys are ready, the attitude is right and we are ready to go.”

Orlando Pirates defenders have outshone strikers as far as scoring goals in the CAF Confederation Cup is concerned.
Sport
3 days ago

Mamelodi Sundowns co-coach Rulani Mokwena has emphasised that the outcome of their CAF Champions League failure this season should not distract from ...
Sport
3 days ago

After a successful maiden season in the DStv Premiership, Royal AM are aiming to take their ambitions up a notch by going toe-to-toe with Mamelodi ...
Sport
4 days ago

The SA Football Association (Safa) has dismissed reports it is trying to shackle presidential hopeful Ria Ledwaba from conducting a free and fair ...
Sport
4 days ago
Next Article