Stellies, United tipped to hang on to promising young coaches 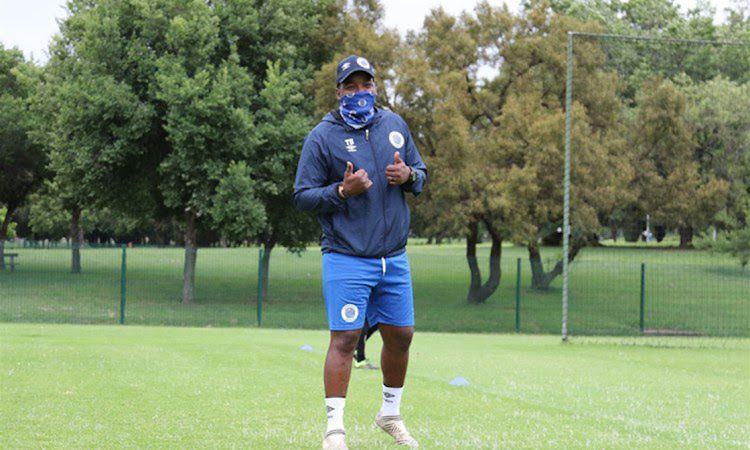 Stellenbosch and SuperSport United are set to keep their promising young DStv Diski Challenge coaches for another season after they had an impressive season in the development league.

Stellies' Evangelos Vellios and United's Thabo September have led their respective sides to be title contenders heading into the last day of the season. The DDC title race is going down to the wire, with Stellenbosch top of the log with 61 points while Matsatsantsa a Pitori are in second place with 59 points.

On match day 30, both of these sides will have a simultaneous kickoff at 12pm tomorrow. SuperSport will play Royal AM at the Mpumalanga Stadium. TS Galaxy will host Stellenbosch at the Tsakane Stadium.

Vellios is on the verge of making history. He's gunning to be the first coach to win the Varsity Cup and DDC, and his promise as a coach has been evident. Sowetan asked the young coach about his plans after the conclusion of the season.

“As coaches we all have ambition and desires. At the moment I'm fully focused on serving Stellenbosch. I work with coach Steve [Barker] and the first team, so I bounce up and down. I'm trying to help build this club,” said Vellios.

“I'm a child of God, I follow his calling. Right now I feel peace in my heart. My job is not finished at Stellenbosch but don't know tomorrow, opportunities may come. If that were to happen, I would sit with the club.

“On a personal objective, I've always wanted to win titles. I've won at the varsity level, it'll be nice to win at the DDC level. That would make me the only coach to have them both. Having achieved those goals, I'll turn my eye to the PSL, be it helping Steve or leading a team to that,” he said.

Former SuperSport captain September is highly rated at the club as a coach. He has taken the reserve side on an impressive unbeaten run. His work was rewarded as he got a promotion to the first team, as assistant coach. September provided clarity on his future, revealing the talks he's been having with club management.

“The plan is to continue with the DDC team. The position of assistant coach is just interim, helping out until the end of the season and then I go back to being full-time in the DDC,” said September.

“I plan to stay with the DDC and try to get a new crop of players because next season we are going to lose players to the first team, which is a good thing.

Tuks still focused on promotion despite being second on the log

University of Pretoria head coach Tlisane Motaung is hopeful his team will secure promotion to the land of milk and honey when they play their last ...
Sport
1 month ago

Tricky test for City, Usuthu as they aim to achieve different goals

Cape Town City's quest for CAF Champions League football next season will be put to a tricky test when they face AmaZulu, whose coach Brandon Truter ...
Sport
1 month ago

Kaizer Chiefs will be seeking to get maximum points when they take on Sekhukhune United in the DStv Premiership away at Ellis Park at 3pm tomorrow.
Sport
1 month ago

While Mamelodi Sundowns have already clinched the league title, the teams who will participate in the MTN8 competition next season are not yet all ...
Sport
1 month ago

Orlando Pirates defenders have outshone strikers as far as scoring goals in the CAF Confederation Cup is concerned.
Sport
1 month ago
Next Article