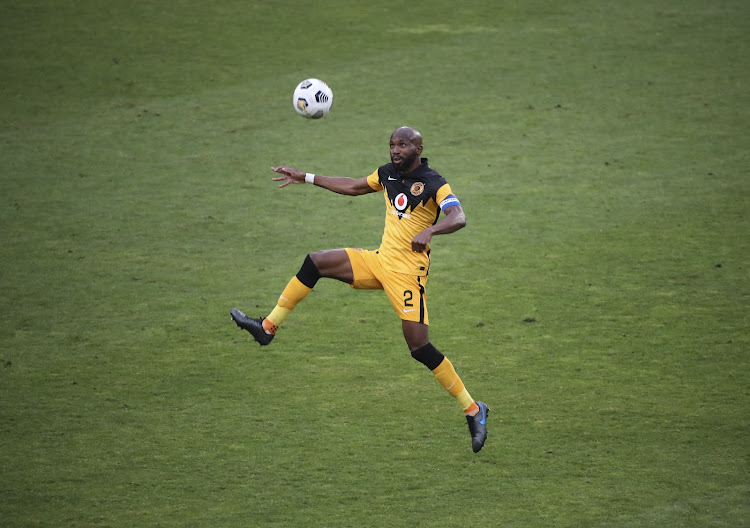 Kiazer Chiefs defender Ramahlwe Mphahlele says they are looking to end the season on a high.
Image: Gavin Barker/BackpagePix

Kaizer Chiefs defender Ramahlwe Mphahlele believes Willard Katsande’s knowledge of Amakhosi could be a challenge for them when they meet Sekhukhune United in a crucial DStv Premiership clash on Saturday.

While Chiefs are still fighting for the runners up spot which will see them qualify for the Caf Champions League, Sekhukhune are eager to break their winless streak of nine matches in the league.

Mphahlele expects his former teammate Katsande to share Chiefs’ crucial intel to help his current employers Sekhukhune, who are 10th on the log table with 32 points, to win the match.

“They have an experienced and tough team and play at a high pace, so we have to be strong physically and we have to be able to run more than them,” Mphahlele said.

“We will be playing away from home and they want to put us under pressure.

“They have the likes of Katsande who knows the club [Chiefs] well and he is probably going to give them the inside information. We are confident we can go there and get the desired result.”

Chiefs seems to be on the up again under interim coaches Arthur Zwane and Dillon Sheppard as they’ve collected four points in their past two games after a tough start to life without sacked coach Stuart Baxter.

Amakhosi defeated Marumo Gallants 1-0 and played to a goalless draw with champions-elect Mamelodi Sundowns in their previous two outings.

Before that they had played five matches without a win, losing four on the trot.

“We want to finish the season on a high note, we know we’ve had a lot of ups and downs as a team, but in the past two games we’ve managed to pick up the levels,” Mphahlele said.

“We are promising and we want to finish the season on a high note and win our remaining matches and we will see what happens after that.”