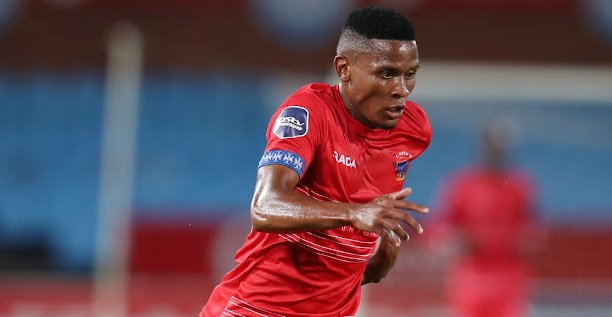 Chippa United refused to dwell much on Swallows' troubles ahead of their relegation battle at Dobsonville Stadium on Saturday at 3pm.

Swallows players were reported to have refused to train on Monday as the club is believed to owe them salaries.

But Chippa midfielder Thabiso Lebitso said they are not reading much into that as an advantage ahead of their match where a victory will all but confirm their safety in the DStv Premiership.

“I saw the article even though I didn’t go through it, but I saw that they were on strike and didn’t go to training,” Lebitso told Sowetan yesterday.

“I don’t know what’s happening in their camp, so we can’t hope that it will work to our advantage because we don't know if they have fixed that or not. The club can give them bonuses, you will never know and when they come to the match, they'll give their all.

“The players know that they have to do well to get something from other teams next. We are focusing on ourselves and not what’s happening there.”

With Chippa's last game against another relegation team in TS Galaxy, the 30-year-old added that they don’t want to go into their final match still fighting for survival.

“We're supposed to get a win against Baroka to reach 30 points so we could be safe. But we got a point and a win against Swallows will take us to 31 and we will be safe,” he said.

“We don’t want to go into our last match and we are still not safe; we don’t know what will happen while we are going to play against a team that is not safe in TS Galaxy.

“The only thing we have to do is get three points to be safe.”

Despite uncertainty at Swallows camp, Lebitso expects them to come out firing as they look to move from the danger zone.

“They are going to give it their all, I was watching their game against SuperSport United and they went all out.

"Even at this game they will be going all out; they want to get something from us. But we are ready for them because we are fighting for survival. We have to go all out.”

Meanwhile, Chippa became the latest PSL side to receive a transfer ban from Fifa after they failed to pay former player Augustine Kwem.

Kwem took Chippa to Fifa after they failed to pay an outstanding R200,000 of his signing-on fee and now the club cannot sign new players for a year.

Golden Arrows co-interim coach Vusumuzi "Kanu" Vilakazi has emphasised the importance of beating provincial foes Royal AM if they're to secure a ...
Sport
2 weeks ago

While he's waiting for the PSL Dispute Resolution Chamber (DRC) to order his former side Swallows to pay what they owe him, AmaZulu coach Brandon ...
Sport
2 weeks ago

AmaZulu will lean on their defensive expertise to get a result on Saturday when they take on Cape Town City at the Cape Town Stadium at 3pm.
Sport
2 weeks ago

Former Orlando Pirates player Thulasizwe Mbuyane is confident that the current crop of players will go all the way to win the CAF Confederation Cup ...
Sport
2 weeks ago
Next Article