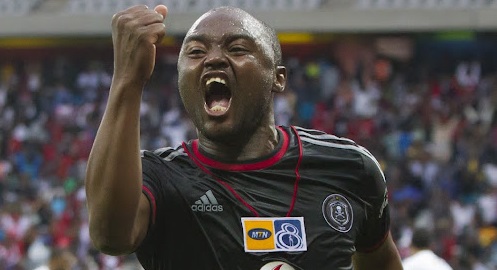 Former Orlando Pirates player Thulasizwe Mbuyane is confident that the current crop of players will go all the way to win the CAF Confederation Cup title.

Mbuyane, who played in the continental competition with the Buccaneers before, feels this team has a huge chance of emulating them.

The Soweto Giants have one foot in the final after their 2-0 victory over Al Ahli Tripoli in the semifinal first leg away.

They will host the Libyans in the return leg at Orlando Stadium on Sunday at 6pm and are favoured to progress to their second Confederation Cup final after losing to Etoile du Sahel in 2015.

“I think they will go all the way because when I speak to the guys they are pumped up and they want to win the trophy desperately,” Mbuyane told Sowetan on Wednesday.

“You can see even the performance that they give, it is 150% so I’m just wishing them all the luck and I believe they will do it.”

With the Buccaneers set to face either TP Mazembe or the Moroccan side RSB Berkane in the final should they complete the job in Soweto, Mbuyane believes the SA side has enough quality to beat either team.

“Fortunately I have played against TP Mazembe. I know their tactics and everything. The guys need to focus and understand that they will be intimidated. They just need to perform because I don’t see those two teams beating us on the field,” he said.

“Maybe off the field they can try and impose their dodgy tricks but I don’t see them winning this trophy. It is only Pirates at the moment who are looking like a team that will win it.

“It is also good that it is a once-off final because even one of those teams won’t be home; that should also be a plus to give the guys encouragement that the other team won’t have supporters in the final. Let’s just go and fight.”

While Al Ahli Tripoli are coming to SA to try reverse the first leg result, the retired striker doesn't see them causing an upset in Orlando.

“There is no way they will come back, those ones, at Orlando, they will never. The guys are pumped up because they are playing at home now.

“I’m happy that they kept a clean sheet in the first leg and they will definitely score at home.”

While she didn't make an appearance at a press conference she called this week, Ria Ledwaba seemed to have the backing of several SA sporting ...
Sport
4 days ago

Relegated GladAfrica Championship side Jomo Cosmos have announced that their player Sivuyile Zozi has died.
Sport
4 days ago

Orlando Pirates, likely finalists in this year's Caf Confederation Cup, will have less than a week to plan and prepare for their trip to Uyo in ...
Sport
5 days ago