Royal out to cement second place on the log 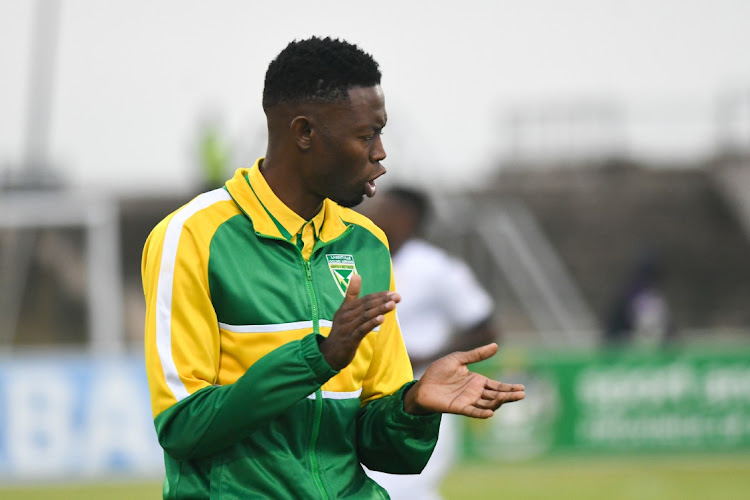 Golden Arrows co-interim coach Vusumuzi "Kanu" Vilakazi has emphasised the importance of beating provincial foes Royal AM if they're to secure a top-eight berth.

Arrows and Royal face off in the penultimate round of league matches at Sugar Ray Xulu Stadium on Saturday at 3pm. While Royal need a win to consolidate their dream to finish second behind champions Mamelodi Sundowns, Abafana Bes'thende are desperate to earn a spot in the top eight as they are now ninth in the table.

Royal will be without instrumental attacker Tebogo Potsane, who is suspended.

"Our game against Royal won't be an easy game, considering the fact that it's a [KZN] derby. We need these three points in order to find ourselves in the top eight. It's a very serious assignment for us. There's a very thin line between us and the top eight. We need the win more than them. We'll compete, so we must show on the day that we want the win," Vilakazi said.

Kanu knows it will take blood, sweat and sweat to overcome Royal. The Arrows interim coach believes the John Maduka-coached outfit isn't as strong at the back, suggesting they're more of a threat when they attack as they add more numbers.

"We have to work very hard in order to be victorious on the day. We know we're playing against a side that's very quick and very good in adding numbers going forward. They always create that numerical advantage when they attack. They're very good with transitions, so we'll need to contain them. Defensively, they're not one of the best teams. We're also good in transition, so that will help us," said Vilakazi.

While he's waiting for the PSL Dispute Resolution Chamber (DRC) to order his former side Swallows to pay what they owe him, AmaZulu coach Brandon ...
Sport
2 weeks ago

AmaZulu will lean on their defensive expertise to get a result on Saturday when they take on Cape Town City at the Cape Town Stadium at 3pm.
Sport
2 weeks ago

Former Orlando Pirates player Thulasizwe Mbuyane is confident that the current crop of players will go all the way to win the CAF Confederation Cup ...
Sport
2 weeks ago

While she didn't make an appearance at a press conference she called this week, Ria Ledwaba seemed to have the backing of several SA sporting ...
Sport
2 weeks ago
Next Article