'If we could keep two more clean sheets, it would be our best season' 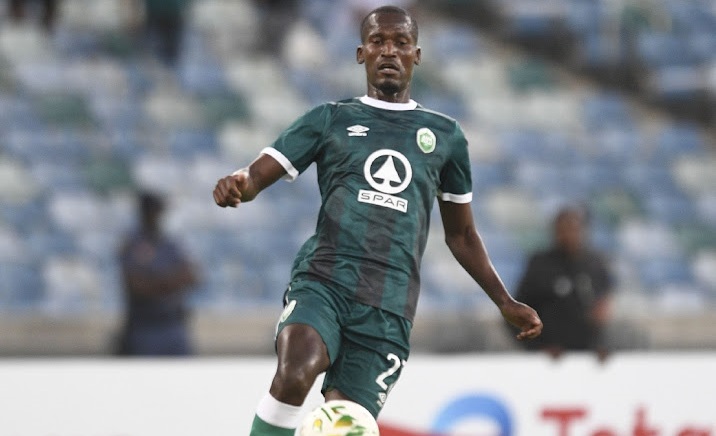 Tapelo Xoki of AmaZulu during the CAF Champions League 2021/22 match between AmaZulu and Raja Casablanca on the 18 March 2022 at, Moses Mabhida Stadium, Durban.
Image: Sydney Mahlangu/BackpagePix

AmaZulu will lean on their defensive expertise to get a result on Saturday when they take on Cape Town City at the Cape Town Stadium at 3pm.

As the DStv Premiership season is concluding, AmaZulu are ending it on a defensive high, boasting five clean sheets in a row. Brandon Truter's charges have been tidy and robust at the back.

The Durban side is behind only champions Mamelodi Sundowns in terms of goals conceded. They have only let in 20 this season. Usuthu defender Tapelo Xoki says they are proud of their defensive record this season and want to better it in the two remaining games.

"It means a lot to us, it's what we pride ourselves on. We want to be a hard team to beat. We have shown throughout the season that we are," said Xoki.

"There are two more games to go. If we could keep two more clean sheets, then defensively it would be our best season since the club has been around. That would be a huge achievement for the group.

"It's something we do as a team, not the defence only but all of us, from upfront with the counter-pressing, shapes and blocks. So it's something we pride ourselves on and we hope to continue in the next two games," he said.

AmaZulu are in seventh place on the log and they are trying to secure their top-eight status while also having lofty ambitions of finishing third for the CAF Confederation Cup spot. This weekend, though, they will take on Eric Tinkler's side who have set their sights on qualifying for the CAF Champions League.

Xoki is aware that the match will have implications for things in the top half of the table and will be difficult but he's optimistic they can return to Durban with the three points on offer.

"It's a huge one. They are at an advantage, so the pressure is on them. We are trying to catch up with the rest of the group," Xoki said.

"For us to be where we want to be we have to beat teams who are in and around us. We have to go there with a positive mindset to try and get maximum points. It's not going to be easy, they are a team on form. They are scoring a lot of goals and they don't concede much as well."

Former Orlando Pirates player Thulasizwe Mbuyane is confident that the current crop of players will go all the way to win the CAF Confederation Cup ...
Sport
1 week ago

While she didn't make an appearance at a press conference she called this week, Ria Ledwaba seemed to have the backing of several SA sporting ...
Sport
1 week ago

Relegated GladAfrica Championship side Jomo Cosmos have announced that their player Sivuyile Zozi has died.
Sport
1 week ago

Former Safa CEO Dennis Mumble is of the view that there are incumbents that are behind the rule saying candidates for the upcoming congressional ...
Sport
1 week ago
Next Article