Brandon Truter: AmaZulu are still in the race to finish in the top four 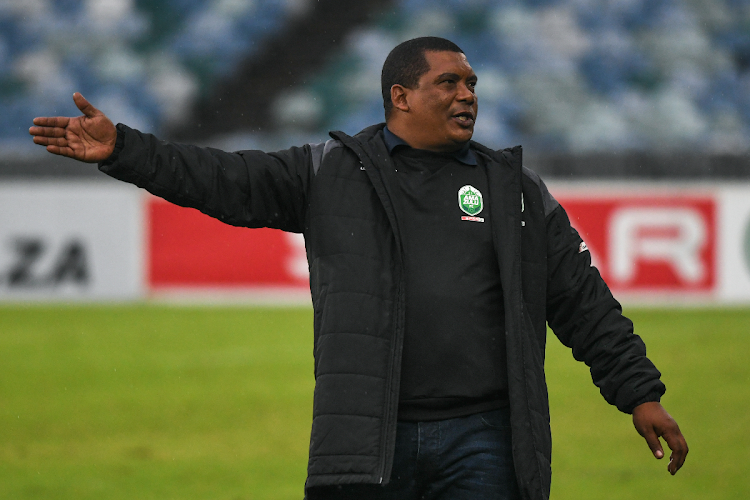 Brandon Truter is not surprised at the good results he’s managed to get with AmaZulu in the DStv Premiership, saying the Durban club has far too many good quality players to struggle.

The former Swallows mentor is yet to taste defeat in the league since he replaced Benni McCarthy as interim coach at Usuthu in March.

Three wins and a draw in four league matches has also seen Usuthu make a late charge towards finishing in the top four in the Premiership, which Truter believes they can still achieve if they maintain their form in the last three matches and other results go their way.

AmaZulu will host Sekhukhune United at the Moses Mabhida Stadium in Durban on Saturday (5pm) and Truter said his players are motivated to win all three after their 1-0 away victory over his former club Swallows in Johannesburg on Tuesday.

“I expected the results we’re getting because of the quality that is here. It’s a good squad and there’s depth as well. Yes, we have some injuries now with [Thabo] Qalinge, Lehlohonolo [Majoro] and Bongi Ntuli out, but you still have quality in this team."

Truter admitted the last three matches will really prove that the past results was no fluke.

“But so far so good. We’ve had three wins and a draw and no goals conceded. But the games are getting tougher.

"We're playing Sekhukhune [on Saturday] and it’s not an easy game. After that we have Cape Town City who are playing well at the moment, fighting for a Caf Champions League spot. And then we have the derby [Lamontville Golden Arrows] in our last match.

“We’re taking it one game at a time and we're only looking to the Sekhukhune game this week.”

With this good run of form Truter has not hidden his desire to coach the team full-time and agrees that so far he’s making it difficult for those who may be eyeing to replace him on the Usuthu bench next season.

“Yes, I want to make it as difficult as possible for other coaches to apply.

“Of course I have the privilege of the interview while I’m at the club. I think that counts in my favour and God willing, if I get the job, for me it might be easy because I know the structure and I know what the club is about and we can start the pre-season hitting the ground running.”

On the possibility of finishing second and repeat what the club did with McCarthy last season, Truter said it will depend on their results.

“Mathematically, yes, we’re still in the running [for second spot]. You also need to look at the results [of other teams] that you need to go your way to get second place.

"Top four is also doable, but you have to have some results go your way. We’ll give it our best shot and see how it goes, but the top four is very possible.”