Walker in contention for Real clash, Stones ruled out 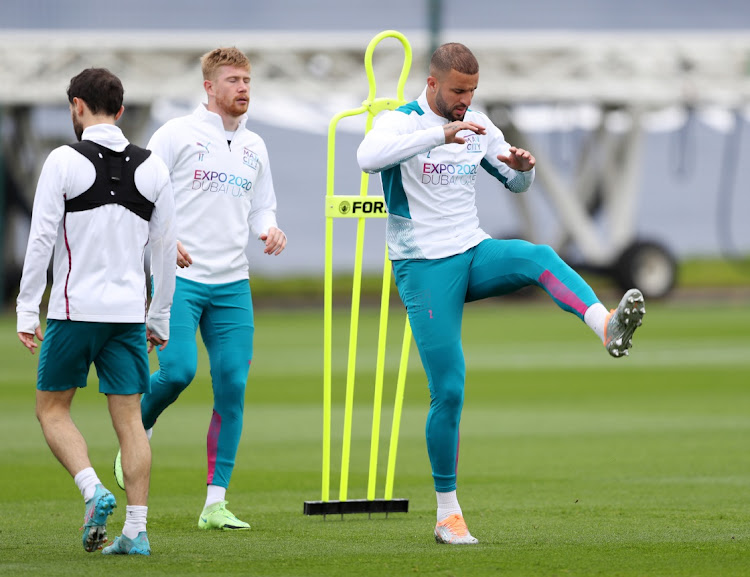 Walker has not played since coming off injured against Atletico Madrid in last month's Champions League quarter-final, and Guardiola said he will make a late call on the 31-year-old's fitness for the clash at the Santiago Bernabeu.

"Walker trained and he will travel. We will decide tomorrow. He is three weeks without training but happy he is back ... (Stones) is not fit," Guardiola told a news conference.

City will look to reach their second straight Champions League final when they take on newly-crowned LaLiga champions Real in the Spanish capital and hope to atone for last year's loss to Chelsea in the showdown in Porto.

"Two good teams, we saw it one week ago. They are champions in Spain, we are trying to be champions here," Guardiola, whose side lead the Premier League by one point from Liverpool, added. "We saw in the other game things we have to improve and we are going to try and do it."

City have been a dominant force in England since the arrival of Guardiola in 2016 but remain in search of their first Champions League title, while opponents Real have won the trophy a record 13 times.

"We have not won it but winning it would change that little narrative... It would change the perspective from the outside," De Bruyne said. "The fact we've been fighting for numerous years and getting to the latter stages means we've been doing really well.

"I back my team to perform at the high level needed to win the game tomorrow... Everybody is anticipating a great game and we will try and bring out the best we have and hopefully progress to (the final in) Paris."

Liverpool's Mohamed Salah said he wants to face Real Madrid rather than Manchester City in the Champions League final as the Egyptian forward targets ...
Sport
2 weeks ago

Arsenal regained fourth spot in the Premier League with a 2-1 victory away at West Ham United thanks to a second-half header by Brazilian defender ...
Sport
2 weeks ago

Striker Richarlison profited from a Chelsea error to secure struggling Everton a 1-0 Premier League win and what could be a precious three points in ...
Sport
2 weeks ago

About 150,000 jubilant Real Madrid fans flocked to the city's central Cibeles fountain on Saturday to join the players for a celebration of their ...
Sport
2 weeks ago
Next Article