'We must continue showing the same performance' 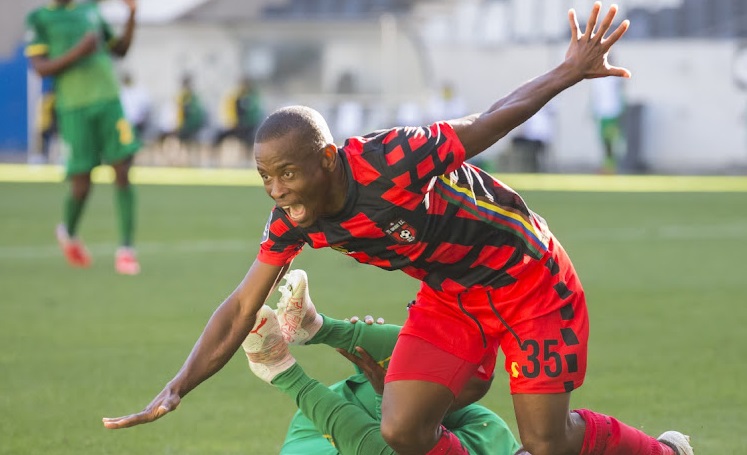 TS Galaxy midfielder Lindokuhle Mbatha has urged his side to show the same performance they did when they edged Orlando Pirates 1-0 at Mbombela Stadium on Monday in all their remaining three matches.

Mbatha admitted that it won’t help them by performing well against big teams like Pirates and Kaizer Chiefs only to lose to teams they are fighting relegation with.

“It’s tough, I won't say it is going to be easy. The three points were important, but we must continue showing the same performance in the upcoming matches to get out of this situation [relegation],” Mbatha told Sowetan.

“It is not like we always want to play against Pirates and Chiefs, all the games are just as tough. We have been playing them the same.”

The 36-year-old was impressive playing as a false nine, something that caught the Buccaneers by surprise. He created an assist for the only goal scored by Lefa Hlongwane in the first half and admitted that playing in that position confused the Soweto giants.

“I’m sure they were waiting for [Augustine] Kwem and the way the coach changed things around confused them a bit as they didn’t plan for this,” Mbatha said.

“They were prepared to face Kwem. They didn’t know who they were going to close down as he started on the bench. That was a brilliant move from the coach.”

Mbatha also revealed that it was their plan at training that he would start as a false nine and is pleased that it worked well for the club.

“When you play with players who understand you, it becomes easy for you and the coach told me that we won’t have a striker and I will be playing as a false nine; since the beginning of the week we have been training like that and the players made it easy for me against Pirates.

“It is always nice to get a Man-of-the-Match [award] when the team has won, unlike when you have lost. I’m so excited and with age no longer on my side, the upcoming generation who will take over will have to work hard for the team.”

Soweto giants Orlando Pirates were on Tuesday afternoon fined R100,000 which is suspended for 12 months, and were asked to send a written apology to ...
Sport
2 months ago

Even with the DStv Premiership title already secured, Mamelodi Sundowns showed no signs of slowing down when they defeated Sekhukhune United 2-0 last ...
Sport
2 months ago