'They are just there to get a salary’ 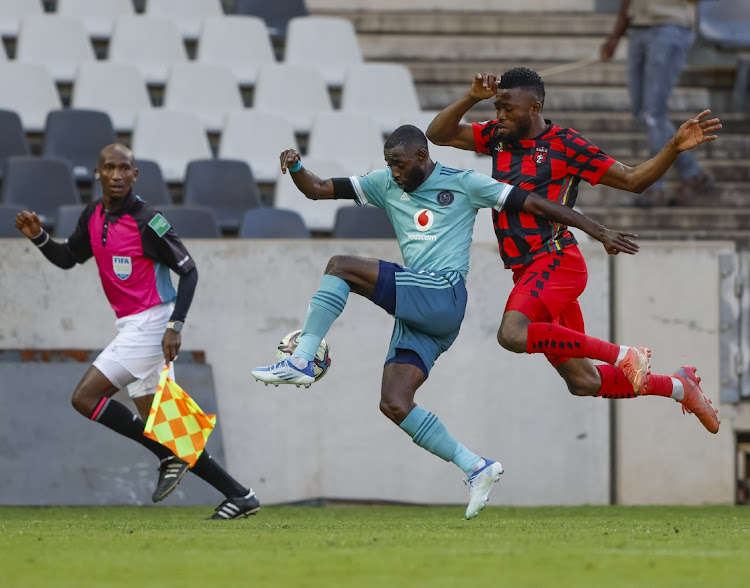 Lane pulled no punches when assessing Pirates’ performance this campaign following another poor showing when they suffered a 0-1 defeat to TS Galaxy at Mbombela Stadium on Monday.

He feels the current generation doesn’t have the determination and a passion to win games anymore.

“Players are going onto the field and for them, it is a soccer game. There is no passion for the game anymore. Everything is gone out of their determination or the fight to win matches and things like that.

“It is so sad, I mean you want to try and get some points to at least get into second on the log, but you go and lose to a side that was languishing at the bottom.

"We played with passion before. What we see is that they don’t care whether they lose or not. We used to fight each other in the dressing room even when we missed chances like that. We had determination. We wanted to go out and win matches. But it doesn’t look anything like that now and it is sad.”

The Buccaneers have not won in their last three league matches and could miss out on finishing second in the DStv Premiership log standings and qualify for the Champions League. The 55-year-old also believes the current Pirates players are just playing for money.

“I don’t know what to say, maybe the players are thinking about the end of the season. They think:  ‘we are getting tired, we are all happy but we don’t mind whether we win or lose, no problem’,” he said.

“Obviously, something is not going right because a big team like Pirates, you have to show some determination and a will to win. Players are just going there to get salaries now.”

Even with the DStv Premiership title already secured, Mamelodi Sundowns showed no signs of slowing down when they defeated Sekhukhune United 2-0 last ...
Sport
3 weeks ago

There were about 700 supporters at FNB Stadium on Tuesday evening who might feel they didn’t get a performance and atmosphere worth their while and ...
Sport
3 weeks ago

Football social media hotshot Junior Khanye is worried the club’s downward spiral could destroy Arthur “10111” Zwane’s coaching career before it even ...
Sport
3 weeks ago
Next Article