'It's hard not to get emotional,' Sundowns co-coach Mokwena praises Onyango on his ninth league title 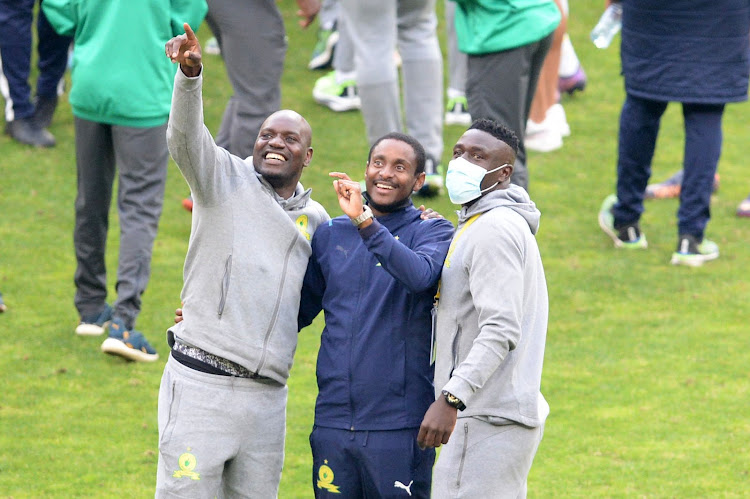 A goalless draw against Cape Town City at Loftus Stadium was enough for the Brazilians to claim their 12th league title in the 26 years of PSL existence.

The evergreen Onyango has now won more PSL championships than any other player, with former Sundowns skipper Hlompho Kekana behind him with eight titles.

Mokwena said Onyango’s journey is one that gives hope to the hopeless as the Ugandan has been able to pull himself from tough situations and upbringing to be among the top stars in Africa.

“It’s difficult to speak about Denis without being emotional, because of what he has done, and not just for Sundowns, but what he has done is also incredible even for young children in Uganda,” Mokwena said.

“You’ve got to go to Uganda to understand the environment and not just from a political sense, but from a socio-economic sense in understanding the circumstances that he comes from.

“To get someone to be the best goalkeeper in the African continent and to win the [African-based African Player of the year in 2016] award, from humble beginnings to achieve consistently and not just with Sundowns, but Bidvest Wits as well.”

Sundowns coach Rulani Mokwena pays tribute to record breaker Denis Onyango.
Onyango is the most decorated player in the history of the PSL after winning his ninth league title. pic.twitter.com/tHgsTyMGBU

Onyango arrived in SA in 2006 and joined SuperSport United and went on to win three league titles with them. He also played for Mpumalanga Black Aces.

Onyango has won a number of other trophies, including the Caf Champions League and Caf Super Cup in 2016 and 2017 respectively.

“And that type of story is a story that many football players will be very happy to write,” Mokwena said.

“If you look at Denis’ story, it’s a story that could easily be related to a Themba Zwane for example or an Andile Jali.

"That also rubs off on Promise Mkhuma, Sphelele Mkhulise and all the younger ones that are coming through and hopefully they then induct the next generation of Sundowns players because it becomes very important to sustain the success of a big club.”