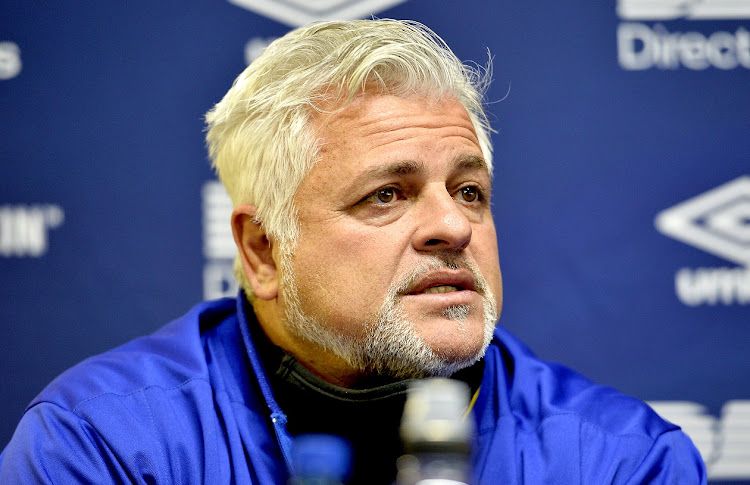 “John Comitis will appear before the DC this Friday to answer charges of bringing the league into disrepute based on some media utterances attributable to him, which he subsequently confirmed as being true and accurate,” Majavu said.

The charges are in relation to statements made by Comitis that City would boycott their DStv Premiership match against Kaizer Chiefs at FNB Stadium on Saturday.

The match was rescheduled from December, when City arrived at FNB for the game but Chiefs, amid an outbreak of Covid-19, failed to honour the fixture.

Chiefs had applied for their December fixtures to be postponed but that was rejected by the league's football department, and then also subsequently by the PSL executive committee.

Chiefs took that decision to arbitration at the SA Football Association where the ruling by Nazeer Cassim SC was that the two matches Amakhosi did not honour in December, against City and Lamontville Golden Arrows, must be played.

Majavu also said Chiefs appeared before their DC on Monday for the two ineligible players, Aiden McCarthy and Mduduzi Shabalala, the club fielded in their 2-0 win against Sekhukhune United at FNB on December 12.

“Kaizer Chiefs appeared before the DC to answer charges of fielding two ineligible players who were originally registered for the Diski Challenge, however they were used in a [Premiership] fixture against Sekhukhune.

“The case has been postponed to May 13 for final arguments. And on that day, on the direction of the panel, the matter must be finalised.

“What would then be outstanding would be a judgment that would be reserved, mindful that the season is drawing to an end.”

Majavu also confirmed the date of May 10 for the start of the review case at the South Gauteng High Court regarding the arbitration decision over the two matches Chiefs failed to honour. The PSL is contesting the arbitration ruling.