Khune and Ngcobo, some of the Chiefs players who may benefit from Baxter’s sacking 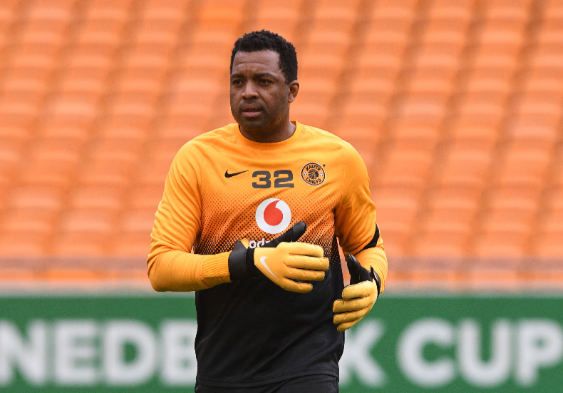 Kaizer Chiefs goalkeeper Itumeleng Khune is one of the players who may benefit from the departure of Stuart Baxter.
Image: Sydney Mahlangu/BackpagePix

The departure of former Kaizer Chiefs coach Stuart Baxter may turn out to good for players including crowd favourites Itumeleng Khune and Nkosingiphile Ngcobo.

This season, Baxter divided opinion with his team selections as he gravitated towards players such as Bernard Parker, Cole Alexander and Kearyn Baccus while ignoring crowd favourites and some of the younger campaigners.

With Arthur Zwane and Dillon Sheppard now in charge of the team, there is a strong possibility of changes in personnel and playing style during their remaining seven league matches as they chase a second spot finish.

TimesLIVE looks at six players who may benefit from Baxter’s sacking.

The Amakhosi stalwart has not played a single minute for the club in the league this season and there are continuing discussions among fans as to whether he has reached his sell by date at the age of 34.

Khune dished out impressive performances during the mid-season DStv Compact Cup where he helped the Warriors lift the trophy after wins over Amabutho and Coastal United.

Ngcobo saw limited opportunities under Stuart Baxter, who admitted he didn’t know the best position for the stylish attacking midfielder who is popular with fans.

So far this season, 22-year-old Ngcobo has only featured in 11 league matches with five from the starting line-up.

Highly-rated Mabiliso arrived at Naturena to much fanfare from AmaZulu at the beginning of the season with the hope that he will make the left fullback position his own, but chances have been limited.

The 23-year-old has only managed five appearances in the league with one from the substitute bench and he may benefit from Zwane and Sheppard.

He arrived from Swallows as the best defender in the league and with genuine hope that he will take his game to another level, but he is yet to cement his place in the heart of the defence.

Though between October and November he played seven successive league matches, the 27-year-old has largely been a bit part player with only 12 appearances.

Mashiane is one of the players on the fringes at Naturena under Baxter, but he will be hopeful for more opportunities under Zwane and Sheppard.

The 24-year-old made only four appearances this season and will be yearning for more game time during their remaining seven matches.

He hasn’t played this season in the league, but that is due to his off the field problems that led to the club sending him to attend a rehabilitation programme after he was allegedly caught driving under the influence of alcohol.