It’s time for Chelsea to win a final at Wembley, says Mason Mount 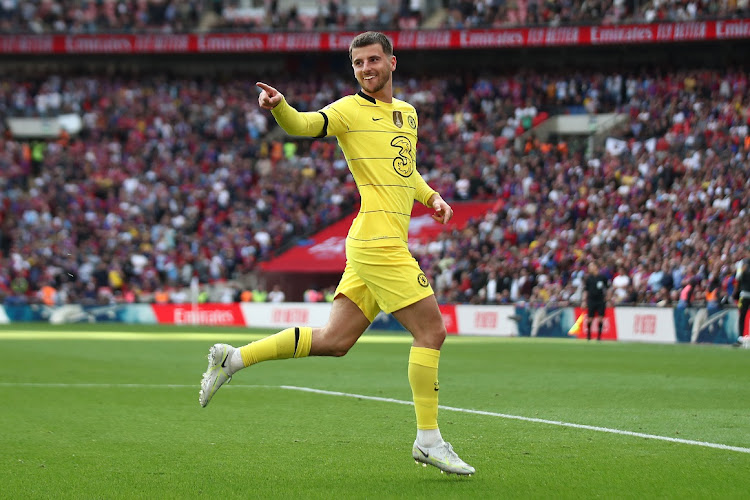 Mason Mount of Chelsea celebrates after scoring his side's second goal in the FA Cup semifinal against Crystal Palace at Wembley Stadium in London on April 17 2022.
Image: Chris Brunskill/Fantasista/Getty Images

Chelsea midfielder Mason Mount has called on his teammates to break their losing streak in cup finals at Wembley Stadium and avenge their League Cup final loss to Liverpool when the two teams meet again in the FA Cup showpiece next month.

Mount scored the second goal in Chelsea's hard-earned 2-0 victory over Crystal Palace at Wembley on Sunday to send them to their third straight FA Cup final.

However, since beating Manchester United to win the 2018 FA Cup, Chelsea have lost to Leicester City and Arsenal in the past two years while also suffering defeats in the League Cup, by Liverpool on penalties in February and Manchester City in 2019.

"It's definitely time for us to win a final at Wembley. For myself it's been five finals at Wembley, five finals I've lost," said Mount, who has finished as a runner-up in three domestic finals since his breakthrough at Chelsea in 2019-20.

The 23-year-old was also part of the England team that lost to Italy in the Euro 2020 final, and was on loan at Championship side Derby County when they fell short against Aston Villa in the second division promotion playoff in May 2019.

"[Palace] is a game we used to bounce back," Mount added after holders Chelsea were knocked out of the Champions League by Real Madrid in the quarterfinals on Tuesday.

"It was a very, very tough game. They made it difficult for us. The way we came through showed character.

"Now we have to put the pressure on ourselves to step up. It's time to get our payback."

Chelsea and Liverpool will be only the second pair of teams to contest both the FA Cup and League Cup finals in the same season, after Arsenal and Sheffield Wednesday in 1992-1993, when they clash on May 14.

Chelsea's Thomas Tuchel, who has lost his three domestic finals since taking charge at Stamford Bridge last season, was pleased with his side's recovery after the disappointment of their 5-4 aggregate Champions League defeat by Real.

"It's been a very challenging week physically and mentally. It was not easy because we played three games in three different competitions," Tuchel said, with Chelsea having also thrashed Southampton 6-0 away in the Premier League last Saturday.

"The performance was very controlled, very serious," he added.

"I am happy to be a part of it [the FA Cup final] again. I cannot be more excited and proud because it's a huge competition. We will be ready."