Baroka's tough run-in makes them shoo-in for the drop

Four-way battle for survival could go down to the wire 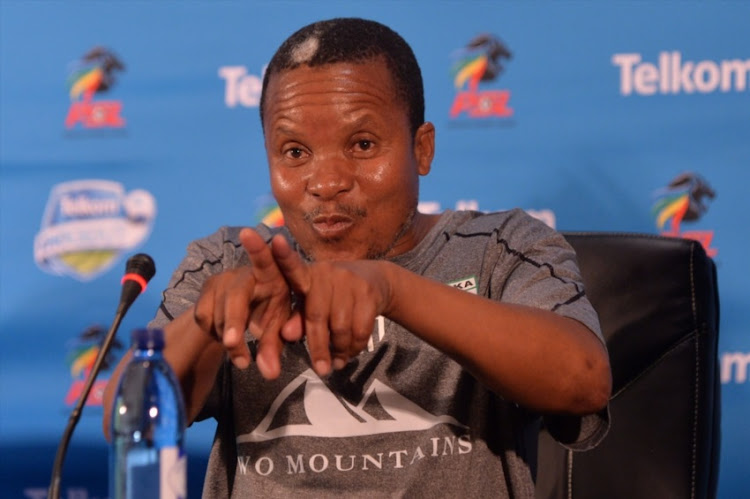 With the Premier Soccer League reaching the business end of the season, the run-in is going to be wild up and down in the fight for survival.

Four teams are scrapping to stay in the DStv Premiership and it is also getting tight and tense at the bottom of the table.

Baroka, TS Galaxy, Swallows and Chippa United are all in trouble and could still face automatic relegation.

Below, we focus on who is likely to face the chop in the remaining games.

Bakgaga are favourites to face automatic relegation as they remain bottom of the log and their continued support of coach Kgoloko Thobejane, who appears to have no of clue how to save the team from relegation, could be the final nail in their coffin. That three of their last matches will be against teams who are also fighting for survival could prove to be a difficult task in their mission to survive.

Swallows have tricky remaining fixtures, with three of them against teams also fighting for survival. The arrival of coach Dylan Kerr has not brought the success they hoped for as they continue to struggle. They have been struggling in front of goal this season, having scored 13 in 23 matches. They look destined for promotional playoffs.

CPT City: May 7 away

Ill-discipline has been one of the reasons the club finds itself in this position. The Rockets have already received eight red cards this season and most of them affected the results. They have also been blowing hot and cold under coach Sead Ramovic. They have conceded the highest number of goals [35] in 24 matches. However, they are likely to survive the chop.

Chippa are left with tricky fixtures, with their last three games against fellow relegation candidates. Stellenbosch, Pirates and Cape Town City are also difficult matches, where it could be difficult to get full points. Kurt Lentjies’s side have lost points from winning positions and that won’t help their cause.

The Team-of-Choice may survive relegation as in Ernst Middendorp they have a coach who knows how to deal with this situation. Although they also have tricky fixtures, few wins could see them move away from the relegation zone.

Baroka feel Bucs 'are not dangerous'

Baroka may be staring relegation in the face but it seems their confidence is still intact, with their striker Richard Mbulu sounding very optimistic ...
Sport
4 months ago

Erasmus backs Sundowns’ unity to see them to title

Mamelodi Sundowns’ collective effort has put them miles ahead of the rest as they continue their dominance of the DStv Premiership.
Sport
4 months ago

Carlos Queiroz confirmed on Monday he was leaving his job as coach of Egypt's national team, ending speculation he would stay on despite failing to ...
Sport
4 months ago

Banyana Banyana head coach Desiree Ellis wants her charges to tackle their goalscoring problem when they take on the Netherlands on April 12 at the ...
Sport
4 months ago
Next Article