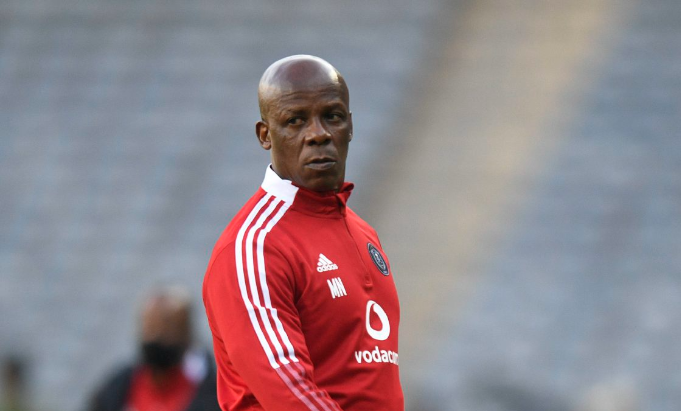 Orlando Pirates' 1-0 win over Sekhukhune United has raised coach Mandla Ncikazi's hopes that they'll achieve their dream to be the DStv Premiership runners-up at the end of the season.

Second-half substitute Fortune Makaringe netted the all-important goal for Pirates in a game where Deon Hotto's penalty was saved by Babina Noko goalkeeper Ayanda Dlamini at Ellis Park Stadium on Wednesday. Makaringe benefited from a glaring error by the Sekhukhune shot-stopper.

With leaders Mamelodi Sundowns practically uncatchable, fifth-placed Pirates have set their sight on second place as they aim to play CAF Champions League football next term.

“This win is highly important. This game and our next game against Baroka [next Tuesday] put us back in the fight for second position. Let's hope that other teams drop points in the process,” said Ncikazi.

It is worth noting that given the blistering form of second-placed Royal AM and Cape Town City, who are currently in fourth, the Sea Robbers' dream of finishing second looks a bit far-fetched. Pirates' last six games include meetings with relegation candidates Baroka, TS Galaxy, Chippa United and Maritzburg United while they are still to face Royal AM, their direct rivals for a  top-two finish.

Meanwhile, Sekhukhune United trainer McDonald Makhubedu pledged his support for Dlamini after his costly blunder. The Babina Noko coach expects his shot-stopper to bounce back with a bang, labelling him “the best” in the league. Dlamini started only because the side's first-choice keeper Toaster Nsabata was injured.

“We love our goalkeeper. Ayanda will remain our best keeper. He may be the best goalkeeper in the league by far, he's the best. I know he'll come back strong... he's a very strong character,” Makhubedu said.

Makhubedu also insinuated that they deserved to win, feeling the same performance in their next game against Galaxy on April 16 would certainly be good enough to earn them  all three points.

“We played better. We were the best team on the pitch. We did well. I am happy for the boys. I can't wait for the next game. If we can take the performance to the next game, we will do well... we're the best. I still trust my boys,” said Makhubedu.

Manzini lifts lid on training ground bust up with Ndengane

Summerfield Dynamos coach Clinton Larsen has downplayed his side's chances of causing an upset against Mamelodi Sundowns in the Nedbank Cup ...
Sport
4 months ago
Next Article