Every match has its own challenges, Malesela warns 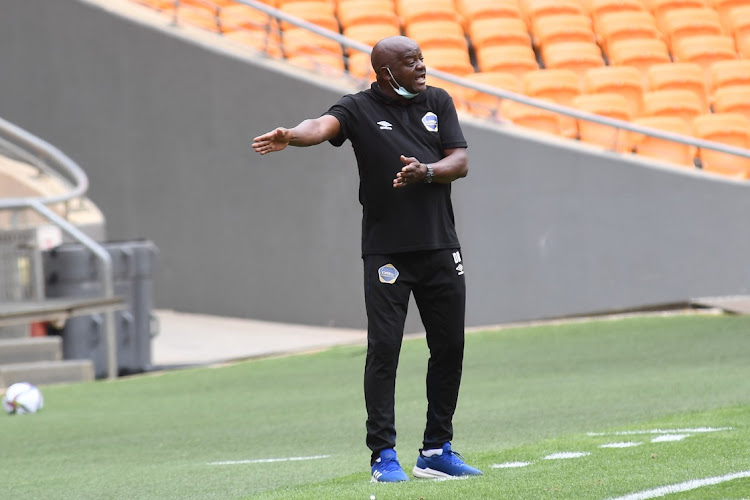 While Baroka continue to struggle in the DStv Premiership, Marumo Gallants coach Dan Malesela has urged his side not to take them lightly when they meet in the Nedbank Cup quarterfinal at Peter Mokaba Stadium on Saturday at 3pm.

Bakgaga have found the going tough in the league and remained at the bottom of the table after midweek matches, having lost three of their past five matches, including a 3-0 defeat to Gallants last month.

And as they prepare to face each other in the Limpopo derby, Malesela said they will approach this fixture with caution.

“We approach every game with caution and with respect. It doesn’t matter what happened in their last game, things will not be the same,” Malesela told the media yesterday.

“It could be that we have an even bigger upper hand or it becomes a very difficult match. So, we have to prepare ourselves for any eventuality. We understand the culture that one is trying to bring to the players is to say every match has its own challenges.

“We are very cautious, that’s why we returned from Durban the same day [after a 2-0 defeat to Royal AM on Wednesday] and did not risk travelling the following day.”

Gallants will also look to bounce back to winning ways and progress to the semifinal of this competition after suffering back-to-back defeats to Cape Town City and Royal AM.

“Like I always say, Nedbank is close to my heart and there is no way that you cannot encourage the players to do well based on the fact that we are at a stage where... something can happen,” Malesela said.

Meanwhile, under fire Baroka coach Kgoloko Thobejane insists their focus is both on this competition and the league and they will give their all to try win this match.

“This game is important for us. We know it’s tough in the league. The only problem is we are not scoring goals,” Thobejane said.

“So we need to solve this problem and we will go all out to try and get different combinations because other players we gave them a chance, so we have to change.

“We need this game to fix our scoring problems because we are creating chances.”

AmaTuks won’t roll over for Royal AM

University of Pretoria star Frank Mpedi says they are ready for the difficult task of taking on Royal AM in the Nedbank Cup quarterfinal on Sunday at ...
Sport
4 months ago

Swallows coach Dylan Kerr has pointed fingers at his defence after their 4-2 defeat against Mamelodi Sundowns in the DStv Premiership match at ...
Sport
4 months ago
Next Article