‘All three goals ... we should have defended better’ 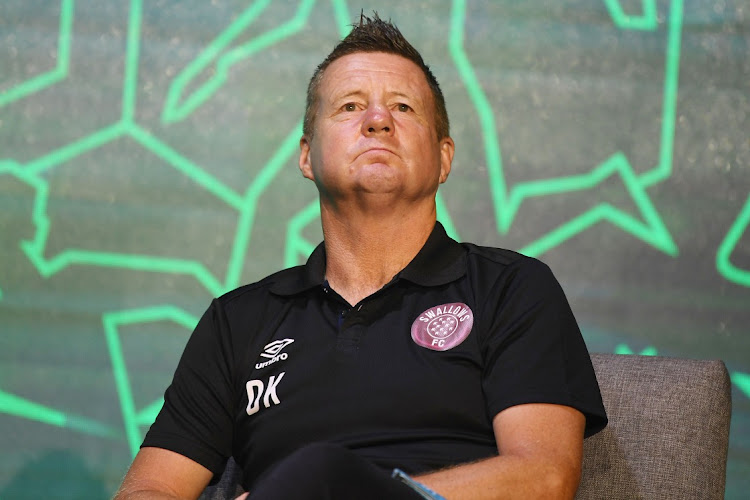 Swallows coach Dylan Kerr has pointed fingers at his defence after their 4-2 defeat against Mamelodi Sundowns in the DStv Premiership match at Dobsonville Stadium on Wednesday.

Kerr feels his side should have defended better in all the goals they conceded as Sundowns striker Peter Shalulile benefited from that to score the first hat-trick of the season.

The defeat also saw Swallows struggle in the relegation zone as they failed to take advantage of other strugglers who also dropped points from the midweek matches.

“I thought coming into the game we would beat them if we did the stuff that we have been doing in previous games – [displaying good] work ethic, pressing and not giving them space on the ball and making sure that we don’t give away needless goals,” Kerr explained to the Swallows media department after the match.

“But all three goals in the first half we should have defended better, especially the first and the third goal. We put diagrams on the wall that showed where the ball will go and they got to take the responsibility.

“The second one, we don’t put pressure on the player playing the ball over the top with a good striker like Shalulile.

“Third one, we have to defend better. Wandisile [Letlabika], he’s got to clear the ball away from the penalty area and I think he tried to play to Dillon Solomons, looking at the high lines.

“And then I had to change in the second half because it was not working. Few people had a bad game but I’m not going to criticise them because everybody has a bad game.”

Despite blaming his defence, Kerr also feels his strikers have let the team down this season and they should not be fighting for relegation had they converted some of the chances they have been creating.

“We should not be in the position we are in if we were converting our chances. I believe we could have won that game,” Kerr said.

“But if you make mistakes against a good team and don’t do what you are told and what you practice, then you will get punished and we got that in the first half.”

No date has been set yet for a hearing, but papers have been issued in the review case between the Premier Soccer League and Kaizer Chiefs regarding ...
Sport
4 months ago
Next Article