Mayambela, Phiri and Zungu among those who deserve a look-in 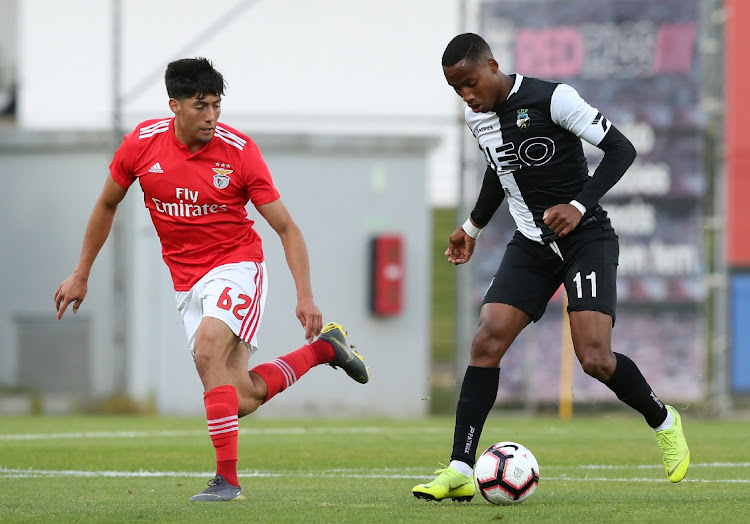 Bafana Bafana coach Hugo Broos's apparent firm belief in locally based players could potentially deny a number of performing SA-born stars plying their trade in Europe an opportunity to represent the country under his tutelage.

Demonstrating he's not as obsessed with European-based players, Broos had only one player, Lyle Foster, who's playing in Europe, in the last camp, where Bafana faced Guinea and France in friendlies late last month.

Foster is a property of Portuguese top-flight side Vitória Guimarães, having spent this season on loan at Belgian second-tier side Westerlo, whom the 21-year-old striker has helped gain promotion to the Premiership.

Mihlali Mayambela, who's arguably the most on-form local player in Europe, headlines the list of players who strangely look unlikely to earn call-ups under Broos despite his blistering form in Europe.

The 25-year-old winger-cum-striker has shown flashes of brilliance at his Portuguese second-tier side SC Farense, netting three times in their last six outings.

Lebo Phiri has been having a solid season with his Turkish elite league side Caykur Rizespor, but Broos has never spoken about him. The 27-year-old central midfielder has managed to shake off a severe calf injury to establish himself as a starter for his side this season. He last played for Bafana under previous coach Molefi Ntseki in November 29.

Luke Le Roux is another promising talent in Europe that could never taste action under Broos, with the Belgian coach having already confirmed he now knows the players he wants going forward.

Since leaving SuperSport United in February 2020 for his current club Varbergs BoIS, who campaign in the Swedish Premiership, Le Roux has grown in leaps and bounds. The central midfielder boasts 47 appearances for Varbergs

Goalkeeper Jethren Barr, 26, who plays for Northern Irish side Portadown after leaving Maritzburg United last July, is arguably a sensible choice to be a Bafana back-up keeper behind Ronwen Williams and Veli Mothwa.

But Broos has preferred Bruce Bvuma despite his limited game time at Kaizer Chiefs. It didn't take long for the former SA Under-20 keeper to establish himself as his side's No.1.

Bongani Zungu has been quietly having a decent season with his French second-tier side Amiens, who've converted him to centre-back. The 29-year-old's experience and aggression can still help Bafana, but Broos will never call him, by the look of things.

Mission is to rebuild, not trophies, for SuperSport

SuperSport United skipper Ronwen Williams has given a sense Matsatsantsa have no obligation to challenge for honours amid a rebuilding phase.
Sport
4 months ago
Next Article