Mission is to rebuild, not trophies, for SuperSport 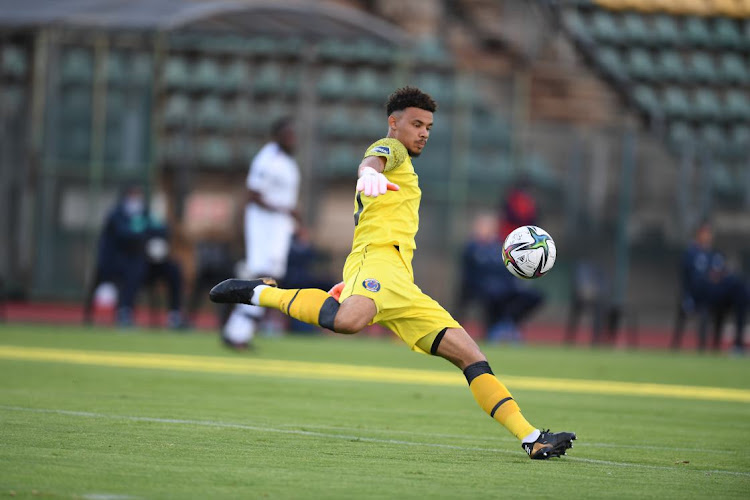 SuperSport United skipper Ronwen Williams has given a sense Matsatsantsa have no obligation to challenge for honours amid a rebuilding phase.

SuperSport take on the second tier's Tshakhuma Tsha Madzivhandila in the Nedbank Cup quarterfinals at Thohoyandou Stadium on Friday at 7pm. Matsatsantsa's cup pedigree makes them one of the favourites to lift the year's Ke Yona Cup. SuperSport last won that trophy in the 2016/17 season, having also clinched it the previous season.

However, Williams has suggested they're not in a position to challenge for trophies as they're still restructuring the team with young blood after letting go of a number of seasoned campaigners over the past few years.

“The last two years we're going through a transition period. We've lost a lot of our experienced players Clayton [Daniels], Bongani [Khumalo], Dean [Furman], [Jeremy] Brockie, [Thuso] Phala – all those experienced players were replaced by younger players. It is going to take time for them to be ready to help the team challenge but in a few seasons to come this team will be up there winning things again,” explained Williams.

“They [youngsters] need the experience to guide them. At some moments our XI is made up of lots of 20-year-olds, 21-year-olds and it's difficult because they're still at a learning phases but that's where you grow, you grow by playing... by being on the field. You don't learn by sitting in the stands. We will get better as a team. Maybe not this season, maybe next season we will bear the fruit.”

Williams feels travelling to Venda will take its toll on them, having had played two games in three days. He has urged his teammates to be professional.

“It's not going to be easy. They've got nothing to lose... they can play freely, so we need to be professional. It's difficult. The trip going there [to Venda] alone is challenging. Obviously, it's going to be our third game in six days but there's no time to dwell on that, we need to focus on the game,” said Williams.

Manzini lifts lid on training ground bust up with Ndengane

Summerfield Dynamos coach Clinton Larsen has downplayed his side's chances of causing an upset against Mamelodi Sundowns in the Nedbank Cup ...
Sport
2 months ago

Ramovic tells Brooks to pull up his socks

Promising midfielder Ethan Brooks may be Bafana Bafana coach Hugo Broos’s darling but things seem not be as rosy at his club TS Galaxy.
Sport
2 months ago

Petro de Luanda will not be a closed book to Mamelodi Sundowns when they meet in the CAF Champions League quarterfinal as they were in the same group ...
Sport
2 months ago
Next Article