‘Tomorrow it can be Pieterse or Goss starting’ 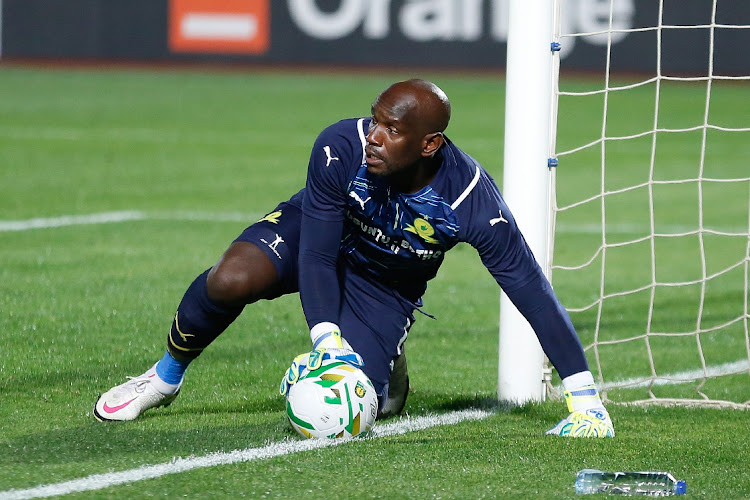 This question has been triggered by Mweene’s splendid display in usual suspect Denis Onyango’s injury-forced absence. Barring the two CAF Champions League dead rubbers against Al-Hilal and Al-Merrick alongside the Nedbank Cup last 16 tie versus third-tier side Mathaithai, Mweene has started Sundowns’ last four games where he kept three clean sheets and conceded just once.

Reyaad Pieterse was in goal in the three aforementioned less-fancied games.

Mweene may have done exceptionally well in Onyango’s unavailability but the 37-year-old is downplaying the talks of now being the official No 1 keeper. Speaking to the media at the Nedbank Cup last eight draw in the middle of last month, Onyango, who is a year younger than Mweene, confirmed he had fully recovered from the hamstring injury that was troubling him, meaning now it is up to the coaches to decide if they reinstate him or persist with Mweene.

“I can’t say I am the first choice because any Sundowns keeper is capable of doing well. Tomorrow it can be Reyaad or Ricardo [Goss] who’s playing, so for me the most important thing is to use the chance when I get it and don’t look at myself as No1. The competition is healthy and we are like brothers as Sundowns keepers,” Mweene told Sowetan last week.

Sundowns have already clinched the MTN8 while they’re also cruising in the DStv Premiership, sitting comfortably at the summit, with the Nedbank Cup and Champions League quarterfinals spots having been secured as well. Onyango doesn’t see any reason why they can’t win an unprecedented quadruple this term.

“It’s possible for us to win all the remaining three cups. We have that belief because we have talent in the team and we’re all working very hard as a unit. We are pushing each other every day. Sundowns have the culture of winning, so we’re also hungry for trophies,” said Mweene.

Mamelodi Sundowns coach Manqoba Mngqithi believes Swallows’ dire league form will count for nothing when the two sides battle it out at Dobsonville ...
Sport
2 months ago

Could it be Sundowns v Al Ahly final in SA?

Mamelodi Sundowns and South Africans will keep their fingers crossed that the country gets the rights to host the CAF Champions League final where ...
Sport
2 months ago

Shonga confident as he faces Bucs

Sekhukhune United striker Justin Shonga insists he has nothing to prove when he meets his former team Orlando Pirates in the DStv Premiership match ...
Sport
2 months ago

Chiefs' hopes suffer another setback with draw against battling Galaxy

The slim chances of Kaizer Chiefs overhauling leaders Mamelodi Sundowns were reduced as they produced an uninspiring 0-0 draw against ...
Sport
2 months ago
Next Article