I will save Baroka, vows Thobejane 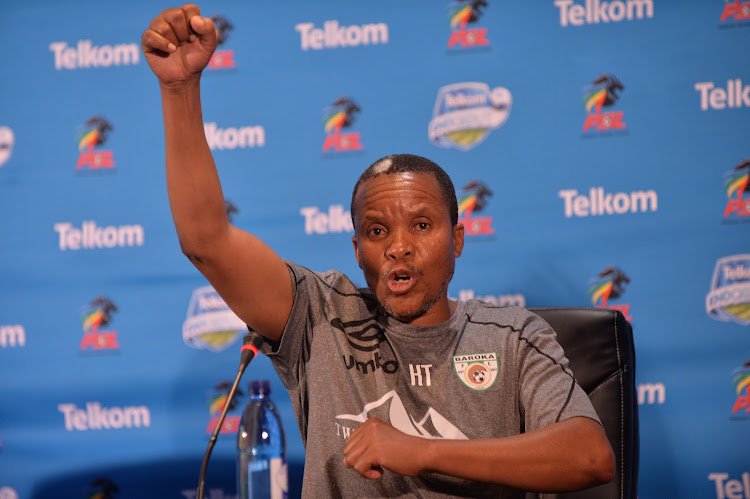 Thobejane has only managed two wins from 13 league games he has been in charge of while suffering eight defeats and three draws.

With seven matches to go before the end of the season and Baroka chairman still reaffirming his support to the coach, Thobejane is optimistic that he will save the club.

“We have not been winning matches. We win one, then we lose or draw the next games. If we can win two successive matches, then we can move away from the bottom and things will be fine.

“We thought we would get a win against Cape Town City and things didn’t go according to plan. But I will save this team. There is no other way.”

What makes Thobejane so confident that he will guide the club to safety is the support he is getting from chairman Khurishi Mphahlele.

“The chairman is supporting us, even yesterday [Monday] he said we can do it, it's just that luck is not on our side,” he said.

“And said the players must do the right thing by scoring the goals, so he is supporting us to continue fighting and we will not disappoint him.”

Bakgaga returns to action today with a home match against AmaZulu at Peter Mokaba Stadium at 5pm, looking to respond from a 5-1 hammering they received at Cape Town City at the weekend.

“We are having sleepless nights as the position we are in is not good, but it is not permanent. It can only be permanent if we are not winning our games.

“But we still believe we are not going to be relegated. We must get three points against AmaZulu.

“We had penalties against Cape Town City and we didn’t convert them, but in the Nedbank Cup, we were able to convert them. So, that’s the game of football.

“Motivation for us is not a problem, the players are motivated and they must not lose focus now. “

Maritzburg United will be eager to hand high-flying Cape Town City their first defeat of the year when the two outfits meet at Harry Gwala Stadium ...
Sport
4 months ago

Royal AM defender Thabo Matlaba has urged his teammates to remain humble following an impressive run in the DStv Premiership and the Nedbank Cup.
Sport
4 months ago

Chippa United's tendency of conceding late goals again cost them what would have been a massive three points in their relegation battle, as they drew ...
Sport
4 months ago