WATCH|'We are better than what we did in France,' says Sundowns coach Manqoba Mngqithi 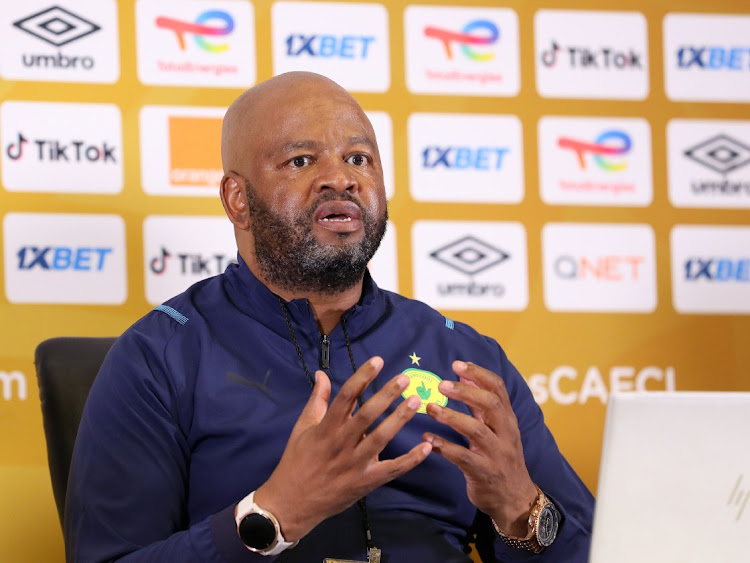 Mamelodi Sundowns co-coach Manqoba Mngqithi says the 5-0 drubbing of Bafana Bafana by France is not a true reflection of what SA is capable of.

Bafana played the reigning world champions in a friendly match in Lille on Tuesday night.

Bafana coach Hugo Broos, however, found no shame in the drubbing as his focus is on rebuilding the national team.

While Mngqithi points out the huge difference between SA players and those from other countries, he insists SA is better than what the world saw against France.

“I would not want to put a lot of reference to the match on Tuesday because I also don’t think that is a true reflection of what SA is capable of,” he said before his side's Caf Champions League game against Al-Merrikh of Sudan on Saturday at FNB Stadium.

“I think we are better than what we did in France.”

The difference between SA players and those from other parts of the world, which he has seen by participating in the Champions League over the years, is that South Africans make a lot of mistakes and fail to capitalise on errors by their opponents.

“We played against Maniema (Union, during the preliminary round), I had not heard of that name before, which was a team from DRC.

“That team managed to score two goals and we dominated the match and we should have sealed the match without conceding a goal.

“One thing that I’ve learnt, I don't know whether it’s the level of competition or the focus that players in these nations have towards the Champions League, there’s no room for error.

“Last year, we played against Al Ahly in Egypt, we dominated the match and played well but made two mistakes which could have been half chances in SA, but those two chances were punished and we came back with a 2-0 defeat,” he said.

“In SA, you make as many mistakes sometimes, you can give an opposition maybe three good chances and they still don’t score.

“Maniema got few chances … and they punished us. Those are the small margins that you can always find in the Champions League, there’s no room for mistakes.

“You make one silly mistake, you are punished. At times that puts a lot of frustration in the players because they know they need to be focused throughout the 90 minutes, because one mistake can cost you the game.

“When you are playing with that kind of pressure at times you are bound to make more mistakes, but I think our boys are growing in that space.”

Sundowns play Al-Merrikh in the sides’ final match of the group stages at FNB Stadium on Saturday at 3pm.

Sundowns have already secured the top spot in Group A and a place in the knockouts.