‘I’m not stupid and won’t disrespect the technical team’ 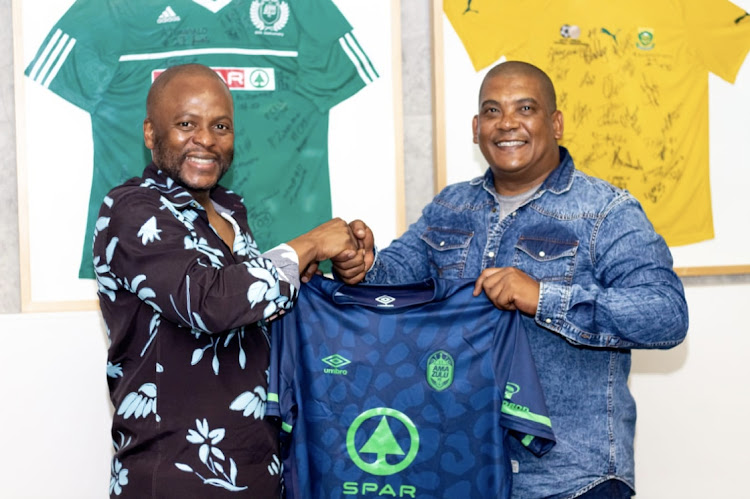 Truter has been given the remaining seven games in the DStv Premiership to take the club to a top-eight finish after replacing Benni McCarthy as the coach.

“Yes, the results this year have not been coming and that’s the only thing I’m hoping to change at the moment,” Truter told the club's media department.

“I’m coming in with seven games left as well, so I’m not stupid and won't disrespect the technical team, the people who are here. We have to look at it to see how we can turn it around.

“We have a very ambitious president and for the team to end it [the season] on a high note, we have to turn it around.”

Truter, who was fired by Swallows in November, added that he was happy to be allowed to coach the club, describing it as a dream come true.

“For me to be part of the AmaZulu brand, it’s just a dream come true, having monitored the club when they were in darker days... but also, I’m happy with what they achieved last season,” he said.

“They were sleeping giants and now they have proven to SA that they can compete with the best. The brand is big and massive and I think it should be up there competing with the likes of Mamelodi Sundowns and the Soweto teams as well.”

Truter’s first assignment in charge of the club will be their final CAF Champions League group match against Horoya at Stade General Lansana Conte in Conakry, Guinea, on Friday at 6pm.

AmaZulu FC president Sandile Zungu has confirmed coach Benni McCarthy has left the club and an interim coach will be announced soon.
Sport
3 months ago

AmaZulu FC president Sandile Zungu has confirmed coach Benni McCarthy has left the club and an interim coach will be announced soon.
Sport
3 months ago
Next Article