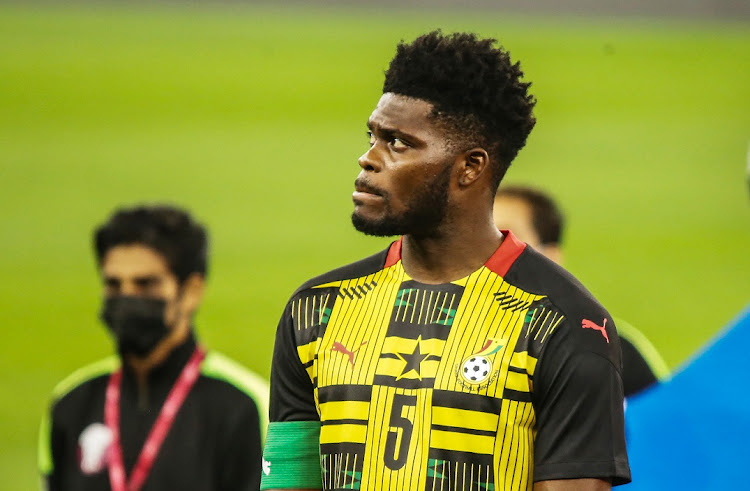 Thomas Partey scored for Ghana as they drew 1-1 against Nigeria in Abuja to go through on away goals to the 2022 World Cup in Qatar.
Image: Gabriel Ahiabor/Gallo Images

Thomas Partey's early strike via a goalkeeper error helped Ghana secure a 1-1 draw against hosts Nigeria in Abuja on Tuesday, as they became the first African side to book a place at the World Cup in Qatar.

Ghana advance to the finals on the away goals rule after the first leg finished goalless on Friday, and will take part in their fourth World Cup after appearing in three in a row between 2006 and 2014.

The visitors took the lead at the Moshood Abiola National Stadium on 10 minutes when Partey’s speculative shot from outside the penalty-box squirmed under home goalkeeper Francis Uzoho, who should have made a comfortable save.

More fancied Nigeria equalised via a penalty as Denis Odoi clattered into Ademola Lookman in the box, and William Troost-Ekong’s thunderous spot-kick nestled in the top corner, but they could not find the winner they needed.

The World Cup will be held in November and December.