Lakay ready to face some of the world's best strikers 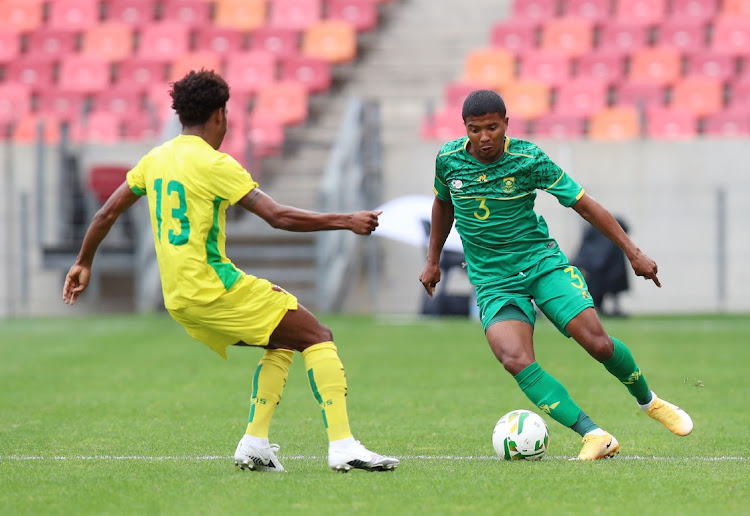 Lyle Lakay plans to use the international friendly between Bafana Bafana and France to gauge himself against some of the best players in the world.

Bafana will play Guinea in Brussels, Belgium, on Friday night (7pm) before facing world champions France in Lille on Tuesday at 9.15pm.

The Mamelodi Sundowns left-back, who last featured for Bafana on November 16 2020, can’t wait to be on the field with some of the world's best forwards like Kylian Mbappe and Antoine Griezmann.

“People will talk and say it is players who we watch on TV at the European stage like Champions League ... Mbappe is one of the top players in the world right now,” Lakay told Sundowns media department.

“You got your [Karim] Benzema and Antoine Griezmann and all those guys, but I will take it as something where I can test myself against the best in the world.

“Their level is higher than ours. But at the end of the day, you get to test yourself against the best in the world, which is something everybody wants to do. You want to see where you stand and compete against the best and see how far you can go.”

The 30-year-old is also pleased to have returned to the national team fold after he was overlooked during the World Cup and Africa Cup of Nations qualifiers in the past, despite being in good form at Sundowns.

Lakay added he always stayed motivated even when he was not called for the national team.

“It is always a great feeling to represent your country and also to be back. I think it's been a while since I was in the national team.

“It is every footballer’s dream to represent the country. I always tell myself that if I’m in, I will be happy and it is a good thing. If not, it is not the end of the world. I just have to continue working hard and try to make the team in the next squad whenever there is a qualifier or a friendly.”

Orlando Pirates midfielder Thabang Monare has reiterated he won't pay attention to his naysayers after his inclusion in the Bafana Bafana divided ...
Sport
3 months ago

Mamelodi Sundowns mentor Manqoba Mngqithi was once heard, live on television during a game, angrily asking right-back Khuliso Mudau how many balls ...
Sport
3 months ago

Cassim’s ruling broken down: Kaizer Chiefs would have been ‘reckless’ to play

The battle to lead SA football supporters is heating up between two feuding organisations, the National Football Supporters Association (Nafsa) and ...
Sport
3 months ago
Next Article