Mudau, Jali set to return to squad in Sudan 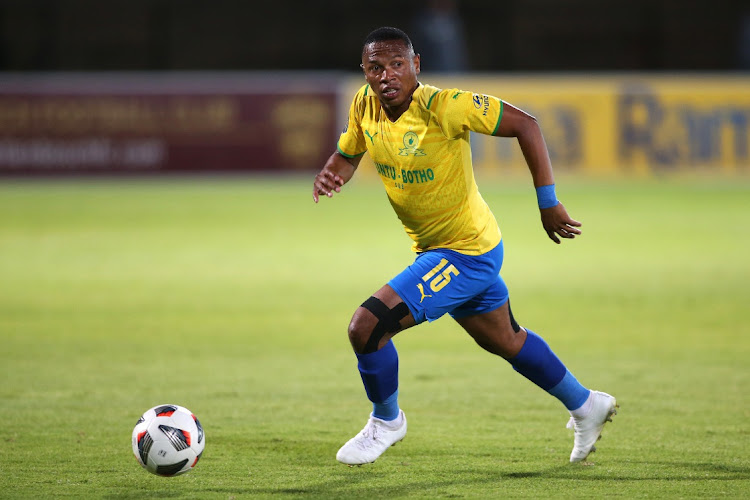 Avoiding a defeat against Al-Hilal in their penultimate CAF Champions League Group A clash in Sudan tomorrow is the easiest route Mamelodi Sundows can take to advance to the competition's quarterfinals.

Kickoff is 3pm at Al-Hilal Stadium.

Heading into this fixture, Sundowns are already at the summit of Group A with 10 points. Separated only by goal ratios, Al Ahly, Al-Hilal and Al-Merrikh are level on four points with two games to spare. At most, the trio can reach 10 points. This says Sundowns, without depending on other teams, need just one point from their last two games to qualify for last eight.

The Tshwane giants can still qualify tomorrow even if they lose, provided Al Ahly and Al-Merrikh play a draw later on the day in Cairo.

The Brazilians wrap up their pool stages campaign against Al-Merrikh at home on April 1. Group D leaders Petro De Luanda of Angola are the only side, across all four pools, who've collected the same number of points as Sundowns.

Petros' impressive group stages run has prompted Brazilians mentor Manqoba Mngqithi to tip them, alongside the tournament's perennial top achievers like Esperance, Casablanca giants in Raja and Wydad, as one of the teams who're capable of wrecking havoc in the last eight of this premier inter-continental club tournament.

"If I look at Raja in that other group... I look at Esperance from Tunisia and Wydad, Zamalek are out already... that say to you there are other teams that are stronger out there.

"When I look at that team from Angola [Petro], I say we really need to be a little bit more clinical and take our chances better. People can take that team for granted because they're not watching,'' said Mngqithi.

Khuliso Mudau and Andile Jali are in contention to start tomorrow, having recovered from their respective mild injuries that saw them being withdrawn in the second stanza of their 1-0 win over Al Ahly last Saturday.

AmaZulu coach Benni McCarthy has pleaded with club owner Sandile Zulu to sign Bafana Bafana defender Siyanda Xulu, who is training with the ...
Sport
4 months ago

It is a tall order, but Orlando Pirates coach Mandla Ncikazi believes his team can still finish second in the DStv Premiership at the end of the ...
Sport
5 months ago

Former high-ranking SA Football Association (Safa) officials have alleged bullying and disregard for the constitution in the organisation’s regions ...
Sport
5 months ago

Having been one of a few standout performers at Kaizer Chiefs this season, Keagan Dolly has emphasised the importance of playing as a team rather ...
Sport
5 months ago
Next Article