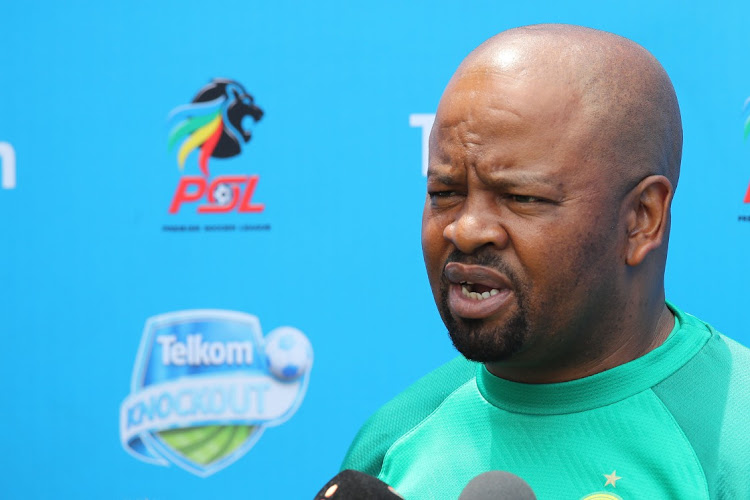 There’s no question that SA’s long period of isolation from world football set the country back in terms of understanding certain international trends, as seen when Al Ahly’s utilisation of the Kaizer Chiefs Village for their training triggered a hullaballoo last week.

Ahly used the Chiefs training ground just for one session in preparation for their CAF Champions League group fixture against Mamelodi Sundowns, and some in our country viewed this with suspicion.

Leading the cynics was Sundowns coach Manqoba Mngqithi who, in his post-match press conference following the 1-0 result in favour of his team, expressed happiness at having defeated “a collaboration” of Chiefs and the Egyptian side. He also accused Chiefs of being “spiteful” by allowing Ahly full access to their facilities.

But is this really an issue? Mngqithi, having now been at Sundowns for almost a decade, should really know better. Surely, he is aware of how crucial it is to build relationships with others throughout the continent. Sundowns have benefitted from “collaborating” with other clubs in away games, be it rivals of their opposition or even smaller teams who would offer logistical assistance here and there. For instance, a few years ago Sundowns utilised a Zamalek bus during their trip to Egypt.

Ahly training at the Chiefs Village could really not have had any influence or bearing on last week’s match. As Mngqithi himself conceded, the Egyptians lost mainly because of exhaustion from a heavy programme. “I think this was their 60th match this season,” Mngqithi stated, noting Pitso Mosimane’s team had played in the Club World Cup and had a tough league match against Pyramids before heading to SA. In any case Ahly have never won in SA.

So why moan about a training ground used for less than three hours? These kinds of meaningless complaints have a lot to do with immaturity in our local football psyche, caused no doubt by years of banishment from the international game, into which we were readmitted only in 1992.

Upon readmission, we were shocked to find our teams would be treated very badly, given shoddy hotels and training grounds.

But since SA teams – not least Sundowns – have started to see value in continental competitions, such grievances have dwindled. Our teams now know what to do, having established solid friendships, or “collaborations”, with teams they’ve interacted with.

Mosimane coaching Ahly played a huge part in them securing the Chiefs Village for training, but Chiefs made friends with the Egyptians after facing them in last year’s final already. If Amakhosi were to qualify for the competition again and be drawn against Zamalek, they would know who to call when they get to Egypt.

The same goes for Sundowns. Should they draw Raja Casablanca in the next round, one would expect they’ve made enough friends at Wydad, who could easily allow them to use their training ground for a day. Chiefs, by the way, trained at Raja in preparation for their match against Wydad last year. There was no uproar about that.

The irony of Mngqithi complaining is that Sundowns, out of a host of venues, picked FNB Stadium, Chiefs’ home venue, for last week’s match. We have to hope the most experienced Sundowns man has realised how pointless his rant was, otherwise it would indicate we still have a long way to go in catching up with international football.

‘We’re cheating ourselves’: Sundowns' Mngqithi appeals for stadiums to be opened

Manqoba Mngqithi has called on the government to allow fans back into stadiums after the excellent atmosphere created by just 2,000 supporters who ...
Sport
5 months ago

Mamelodi Sundowns coach Manqoba Mngqithi feels the reluctance to increase the number of fans allowed in stadiums may be a strategy to boost pay TV ...
Sport
5 months ago

Mamelodi Sundowns co-coach Manqoba Mngqithi took a swipe at Kaizer Chiefs for hosting Al Ahly in their facilities ahead of Downs’ 1-0 Group A Caf ...
Sport
5 months ago

Al Ahly coach Pitso Mosimane says he is at a level in his career where there’s nothing for him to compete or try to outsmart the Mamelodi Sundowns’ ...
Sport
5 months ago
Next Article